Twenty years after the premiere of the original TT, the third generation of the Audi TT receives a comprehensive update. The design icon takes the stage with a sporty and refined exterior design, higher-powered engines and an extended line of standard equipment. 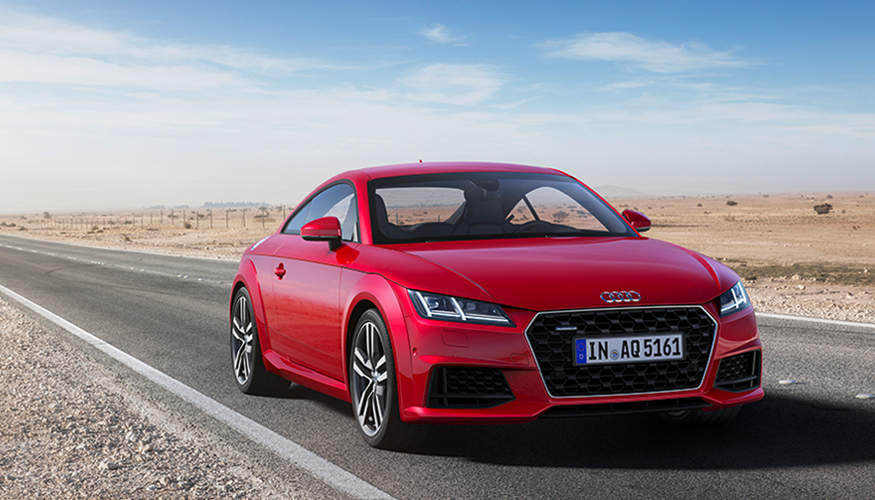 The Audi TT stands for driving pleasure, design and close attention to detail: aluminum elements in the driver-oriented interior, progressive rim design, a short, ball-shaped gear lever knob, characteristic tank cap and round, dual-branch tailpipes are among the typical features of this compact sports car. The design with its incisive geometrical forms has fans throughout the world.

Right on time for the 20th anniversary of the first Audi TT, the brand is especially highlighting the refined design of the new TT and its enhanced performance.

Masculine, progressive and even sportier, the new TT’s front features a three-dimensional single frame radiator grille, while large side air inlets emphasize width. No cap lies underneath the tank flap in the classic TT design; the driver can insert the gas pump nozzle directly into the port, which is a typical sports car feature. 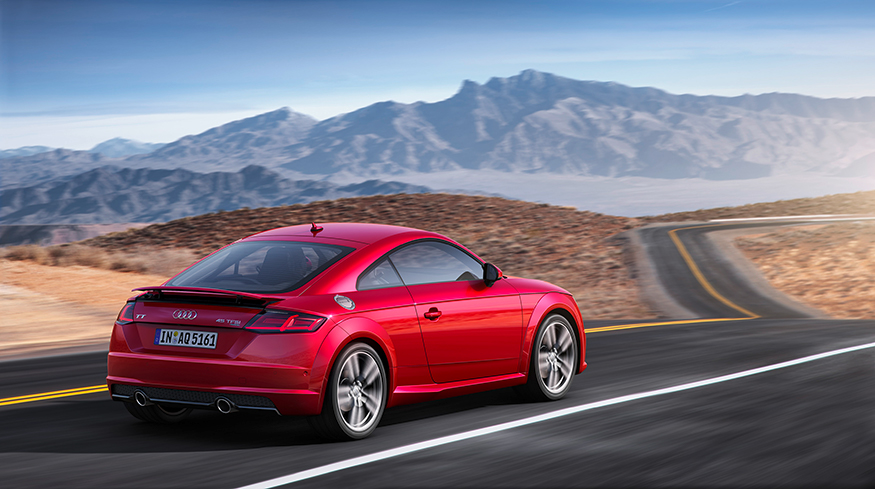 Both the TT Coupé and the TT Roadster are each 4.19 meters in length with short overhangs; their wheelbase measures just 2.51 meters, and the car is shod with 18-inch wheels. Replacing the 1.8 TFSI with 180 hp under the hood is the beefier and more responsive 2 litre gasoline engines with 230 hp coupled to the S tronic seven-speed dual-clutch transmission. The close-ratio lower gears enable powerful acceleration, while the wide ratio of each transmission’s highest gear reduces the engine speed and with it, fuel consumption. 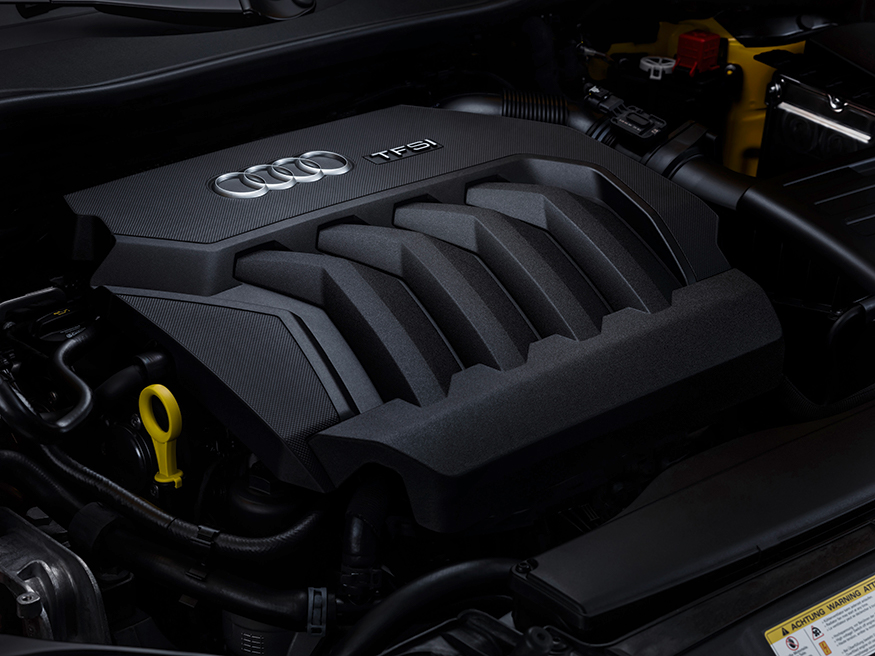 Underscoring the driver-oriented interior is the slender instrument panel resembling an aircraft wing; the round air vents with integrated controls suggest jet engines, a classic TT detail. All indicators appear in digital form on the 12.3-inch display of the Audi virtual cockpit. The driver can choose between two modes: in the classic view, the speedometer and tachometer take center stage. In Infotainment mode, content such as the navigation map is enlarged. 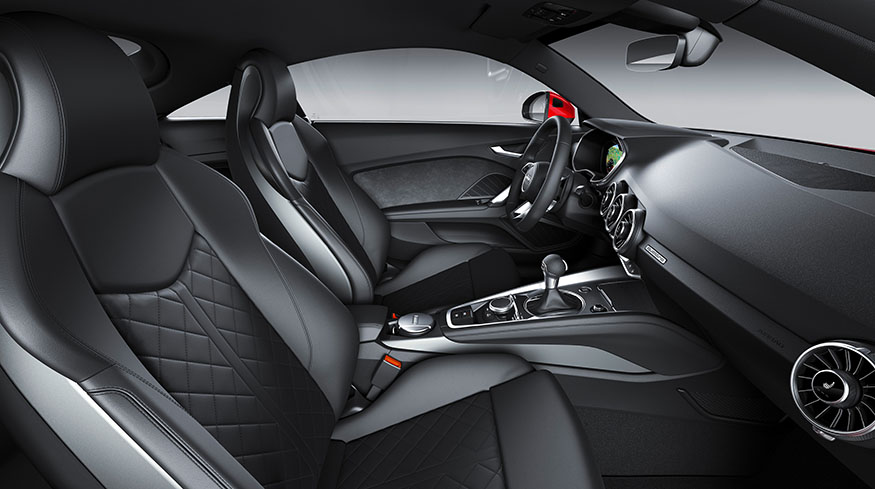 The MMI terminal on the center console has just six keys, while the top-of-the-line MMI navigation plus with MMI touch integrates on the upper surface of the rotary control a touchpad that recognizes handwritten input and allows zooming. The voice control system understands numerous formulations from everyday speech. 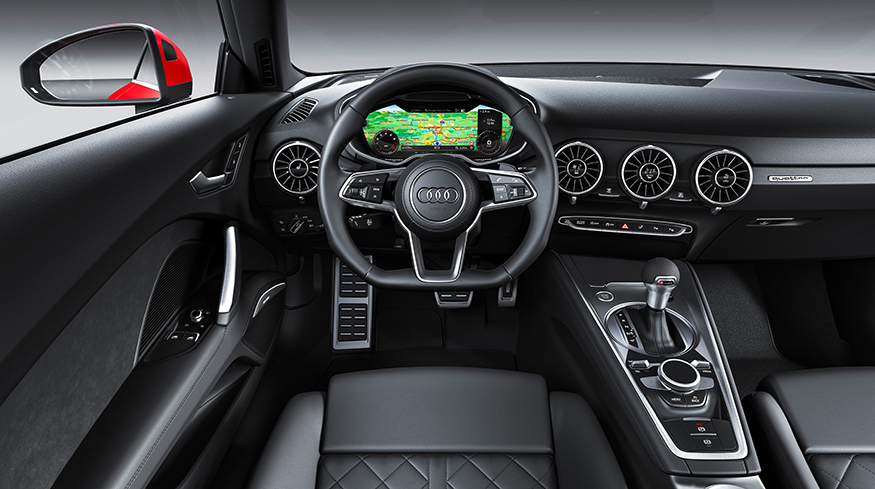 Like every open-top Audi, the new TT Roadster comes with a soft top in either black or gray. The soft top has a taut fit, and its excellent sound insulation makes it an “acoustic top.” At 39 kilograms, the top is very light and doesn’t compromise the luggage compartment. Top up or down happens in around ten seconds at speeds of up to 50 km/h.