It was closer than many expected, this 101st PGA Championship at Bethpage Black, which at times resembled a very slow-moving trophy ceremony.

Still, after weathering four straight back-nine bogeys and a charge by Dustin Johnson that briefly cut the lead to one, Brooks Koepka stabilized and shot a final-round 74 to win by two. He’d done enough over the first three days, which he spent “absolutely destroying this place,” said Xander Schauffele, and playing “ridiculous golf,” added Rob Labritz. 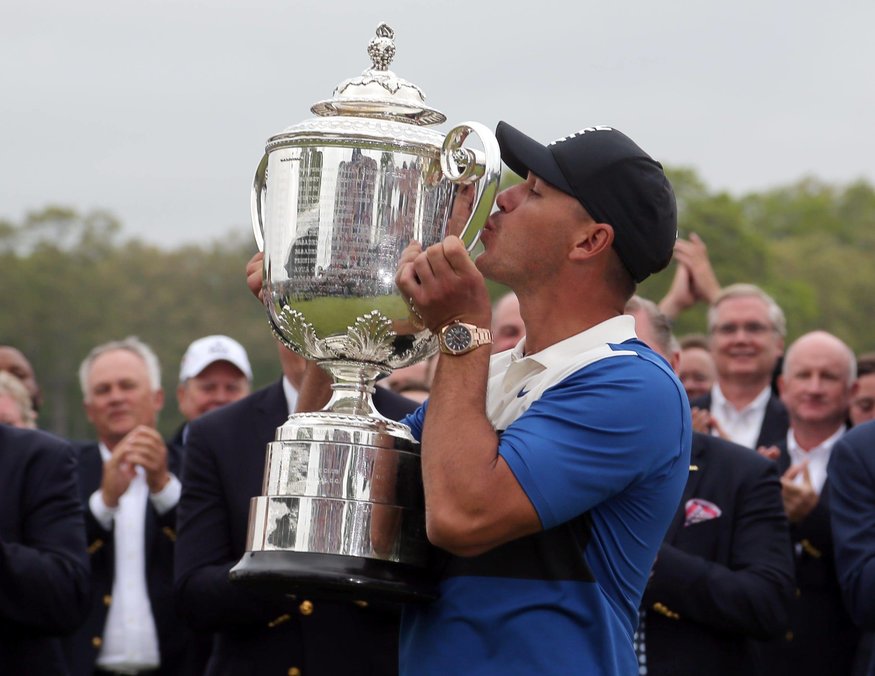 Until his four back-nine bogeys during the final round, you could count Koepka’s missteps on one hand. He bogeyed the relatively easy first hole to start the final round while playing partner Harold Varner III birdied it to cut the margin to five, but even then there wasn’t much cause for concern.

Johnson shot a 3-under front nine to cut the margin to four, but Koepka hit his approach to 2 ½ feet and birdied the 10th, and it was back to five again. Then came a wild sequence, in swirling winds, as Johnson held steady and Koepka bogeyed holes 11-14. The lead was one.

“DJ, DJ, DJ!” the rowdy Bethpage crowd chanted, awakened by the promise of a tight finish.

Alas, Johnson missed from just under 9 feet and bogeyed 16 and 17, to give Koepka the cushion he needed to play the last four holes in 1 over and become the first player since Tiger Woods in 2007 to successfully defend his PGA Championship title. 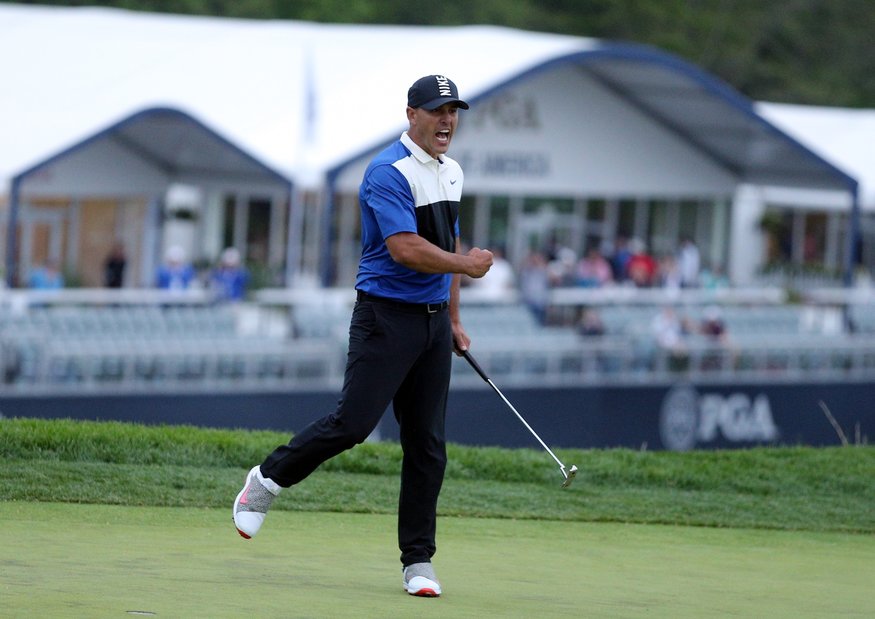 Woods, whom Koepka beat head-to-head by 17 shots over the first two days, was also the last player to win four majors in a span of eight major starts, as Koepka has now done, in 2005 and ’06. But Woods, an 81-time PGA TOUR winner, including 15 majors, has been such an outlier, as Adam Scott reminded at Bethpage, “I think comparing anything to Tiger is a little unfair.”

Rory McIlroy who’s won 11 times worldwide, including four majors, from 2011 through 2014, said of Koepka’s current run. “It’s awesome and great to watch.” Because when a guy seems to be playing a different golf course than everyone else, it begs the question of how.

Graeme McDowell did the same thing, “I just wanted to see just how these guys were dismantling this golf course,” McDowell said. “When he played 15 the way he played it (Saturday), that kind of summed the course up to me because when I missed 15 fairway, I’m physically incapable of getting to that green in two, and obviously it was a brute-force wedge or 9-iron he hit to 15 feet.”

Bethpage, he added, favored those who could muscle the ball out of the rough.

“That’s why I lift all those weights,” Koepka said with a shrug. 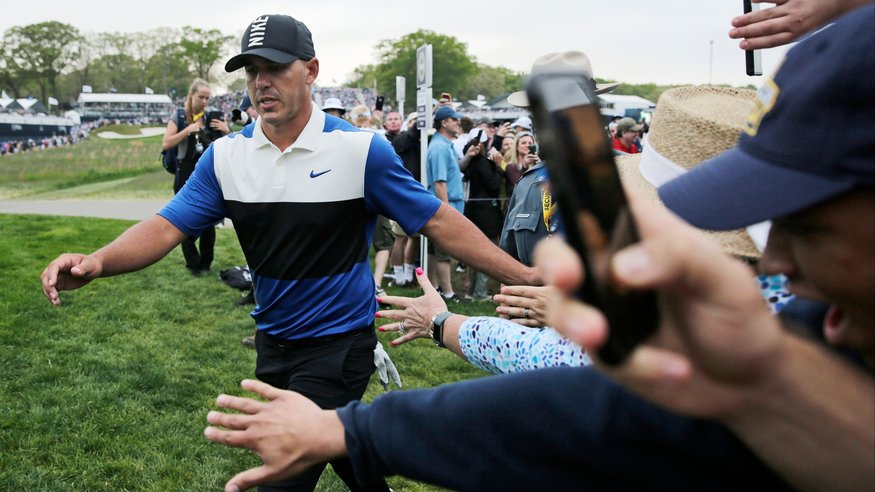 Only three players have reached double digits in majors: Nicklaus (18), Woods (15) and Walter Hagen (11). Koepka, with four, is mowing them down quickly, on very hard courses. He knows he doesn’t have to be perfect, and when he’s not, he can bounce back. Mostly, he knows that if he plays his game, nothing else matters.