Thailand’s Jazz Janewattananond fended off nerves and was up against a star-studded field that included the best golfers from the Asian Tour and the Japan Golf Tour Organisation, as well as global stars Sergio Garcia, Paul Casey and Davis Love III.

The Thai hotshot was enjoying a rich vein of form going into the Asian Tour season opener, having secured a fifth-place finish on the Asian Development Tour’s Boonchu Ruangkit Championship the previous week. He also posted top-fives at the Queen’s Cup hosted by Jaidee Foundation in late November and the BNI Indonesian Masters in December.

Jazz lived up to his tag as a top contender by lifting the coveted trophy. The key to his success at the SMBC Singapore Open was to adopt a more relaxed mindset in the final round. “I wasn’t expecting to win. I was only going for The Open ticket,” said Jazz, now a three-time winner on the Asian Tour. “I had a good 2018 and I did not know if my game was still there or not as I had a big break (from playing) — but I am happy that I have still got it.”

He credited a new putting style, where he grips low down on a mid-length putter, and the guidance of renowned coach Pete Cowen for helping him win on a tough course. “I have to thank Pete Cowen (for my ball striking). I signed with him at The Open last year, I got into The Open from this event last year. He has helped for sure.” 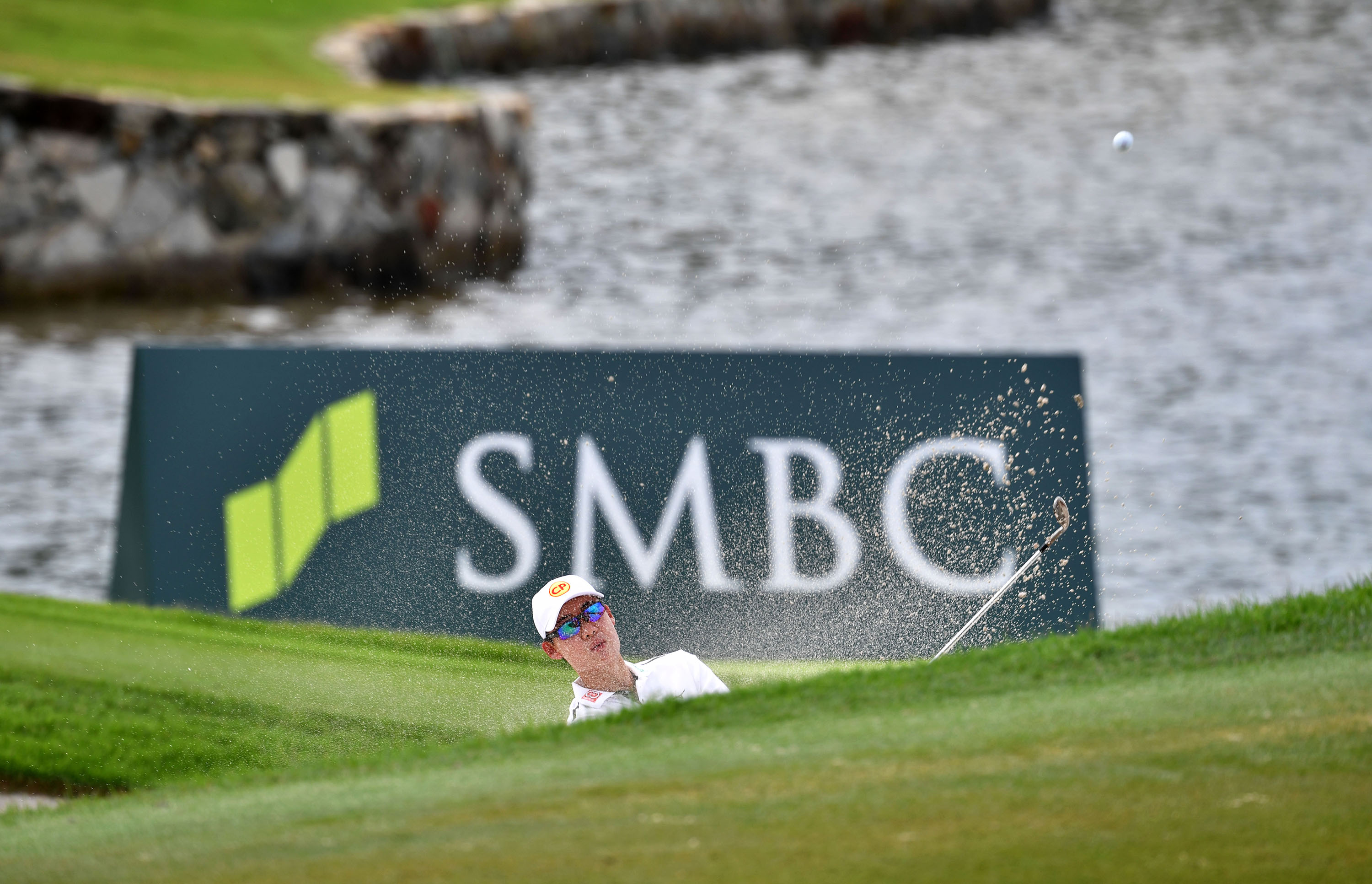 Jazz was impressive on the front nine and made the turn with a three-stroke lead, only feeling the pressure after the turn on Sunday, and it mounted after he made a bogey on the 13th that cut his lead to one. However, he held his nerve to win the tournament, finishing with two birdies in the last three holes to seal a victory which comes with a US$180,000 prize cheque and The Open spot that he was aiming for.

To add the icing on the cake, Jazz set a new tournament record for winning total with a score of 18-under-par 266, surpassing the mark of 267 set by Adam Scott in 2010.

Jazz added: “Breaking into the world’s top-100 is a great deal for me, and winning the Singapore Open is a great achievement. I am going home to celebrate with my family tonight. My dad went for surgery recently, and I want to see him now and share this trophy with him.”

The win was Jazz’s third on the Asian Tour, his first on the Japan Tour and saw him book a spot in The Open for the second straight year. 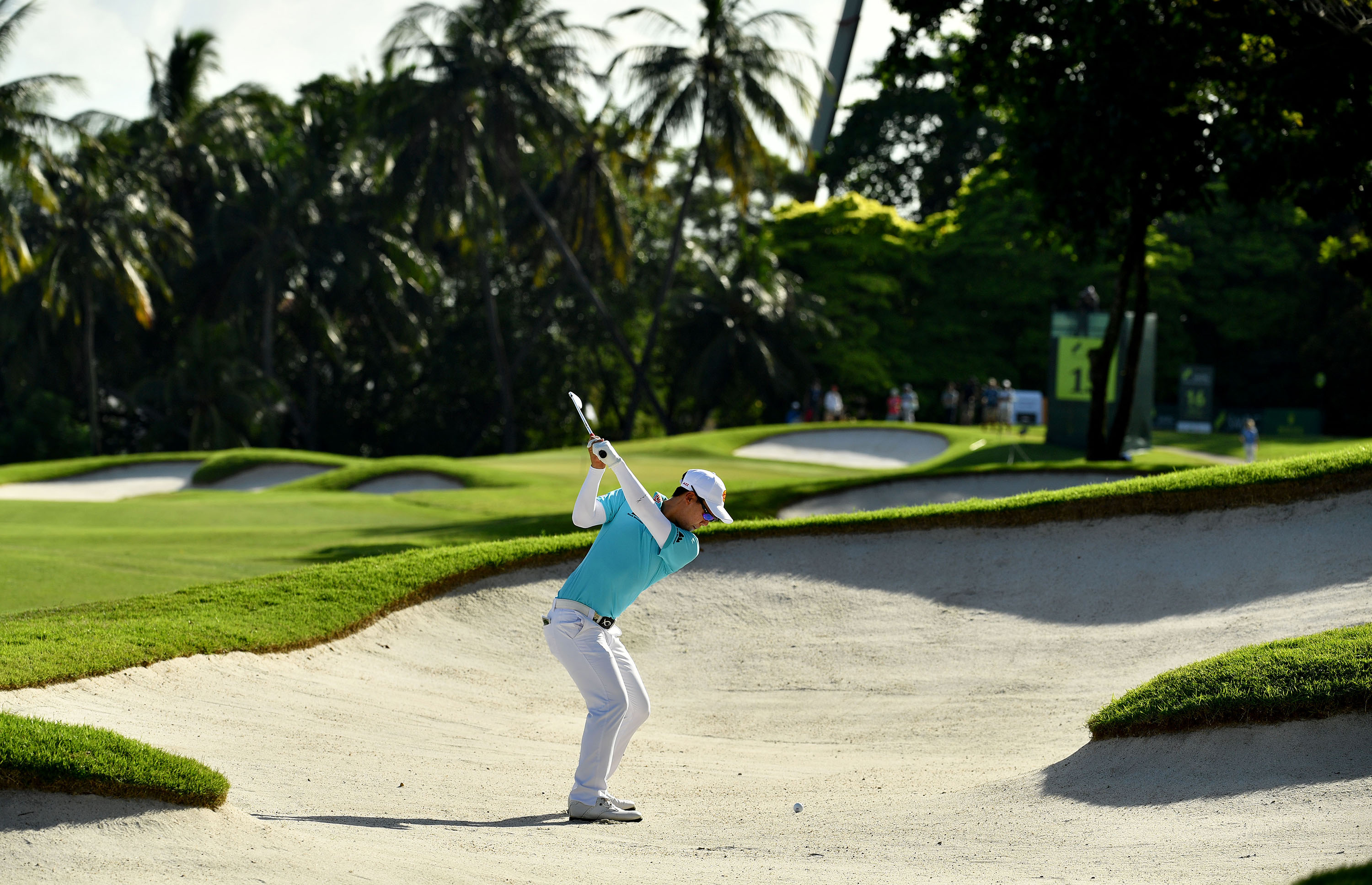 World Golf Hall of Famer Davis Love of the United States closed with a 70 to miss out on his goal of playing in The Open for the 27th time. He tied for ninth place on seven under 277, a stroke ahead of his son Dru who closed with a 65.

Defending champion Sergio Garcia of Spain raced to the turn in four under 32 as he tried to close the gap at the top of the leaderboard but two bogeys and one more birdie saw him card a 68 for joint seventh place with Gunn Charoenkul of Thailand on eight under, 10 strokes behind the winner.

But the day belonged to Jazz who will move into the top 100 of the world rankings with the biggest win of his career. “It has been my lifelong dream to be top 100 and move to top 50 and top 10,” said the current world number 111. “It is every kid’s goal when you are growing up. I did not expect I was going to do it this fast, I thought to myself I could crack the top 100 before I was 30 but I am only 23.”