It tastes like your favourite breakfast each time you visit this beautiful island set almost next to nowhere in the western-middle part of the gnawing Indian Ocean. Like a perfect paradise on earth, Mauritius is the stuff that dreams are made of, except it is real. 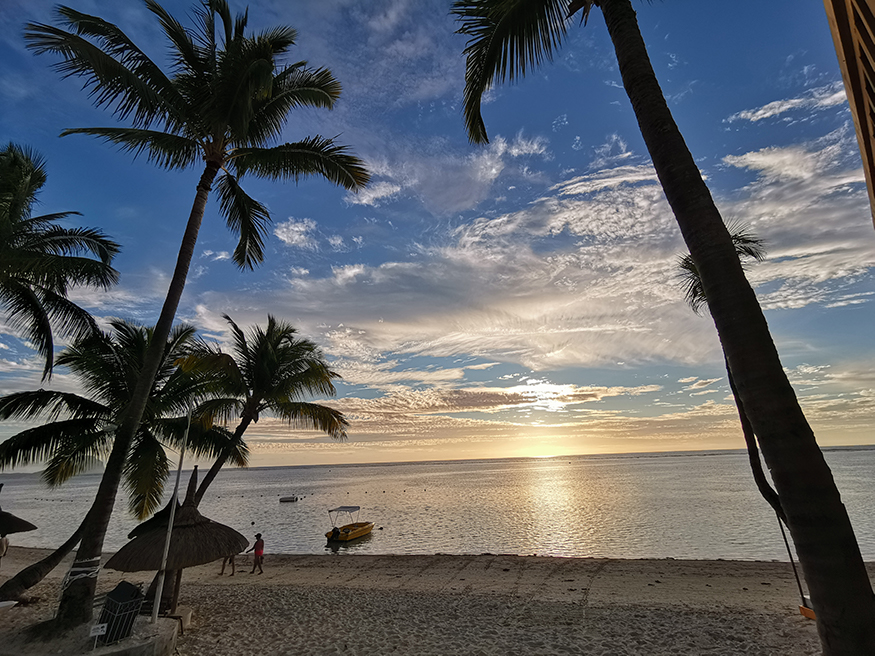 To properly appreciate the destination, one has to know its geography. Sited on a 2,000 km2 landscape that has the deepest blue lagoons mixed with mountainous range and known for its varied flora and fauna, with many species endemic to the island.

The island was the only known home of the dodo, which, along with several other avian species, was made extinct by human activities relatively shortly after its settlement by the Dutch, French and then the British. 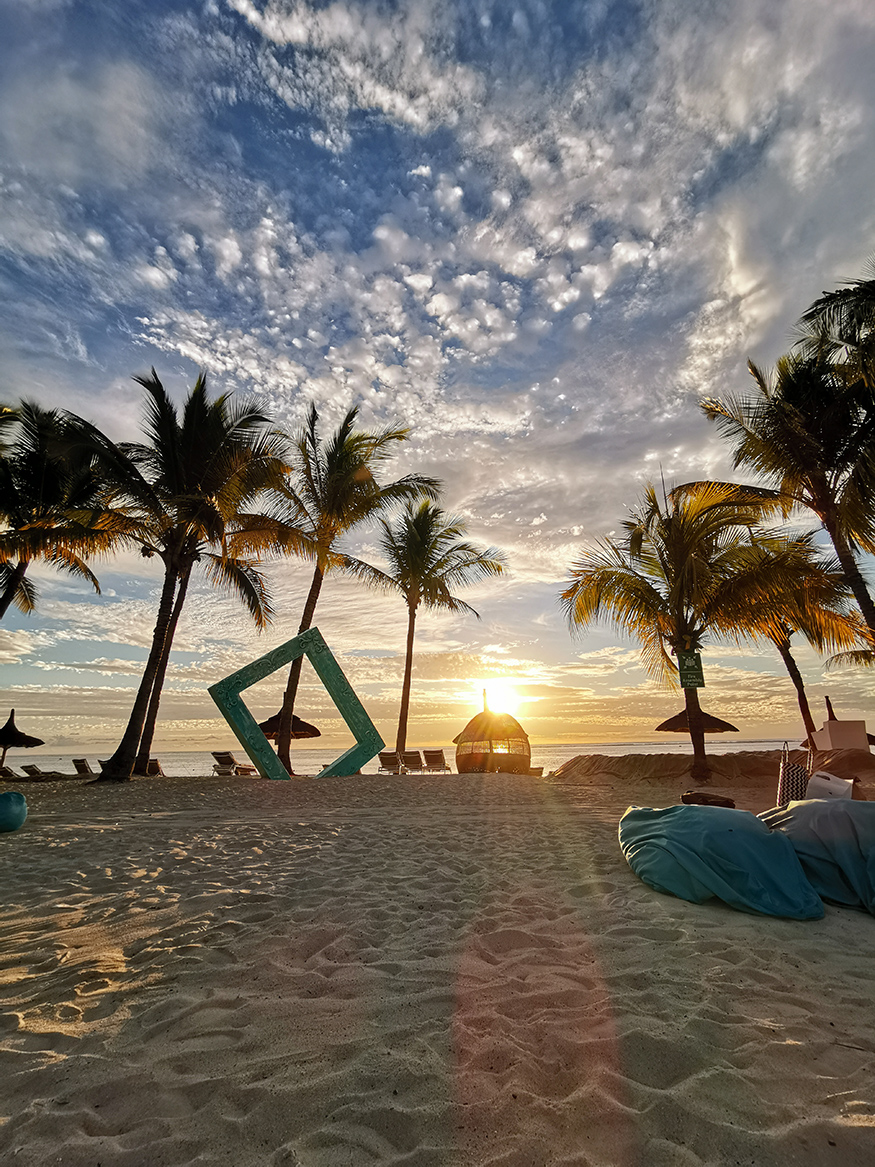 Today, the populace consists mainly of indigenous Mauritians mixed with portions of Caucasians (mainly of French origin), Indians, Chinese and Africans. Most Mauritians are multi-lingual able to converse in their native Creole, French and English fluently, which makes it an even more appealing vacation spot.

To say that the Republic of Mauritius is alone would be incorrect as it also includes the islands of Rodrigues, Agalega and St. Brandon. But the main hive of activity is focused on Isle de Maurice itself with Port Louis, its capital city, busiest.

When arriving, visitors typically enter via the southeast through the Sir Seewoosagur Ramgoolam International Airport with direct flights coming from various parts of Europe and Asia, including Singapore. 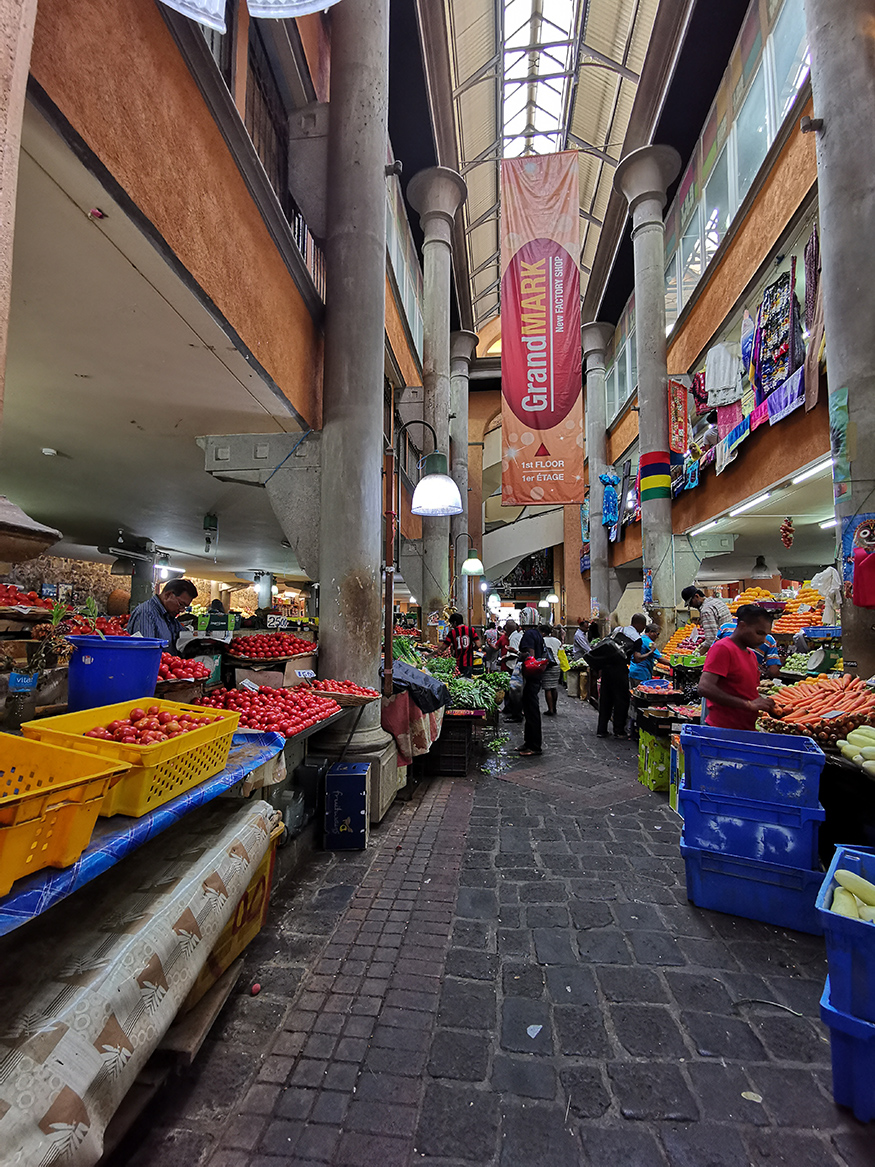 The south offers a glimpse into local living with Mahebourg, a harbour town nearby. Consisting mainly of native Mauritians going about their daily ways, either in the local market or by the many fishing boats out at sea. There really isn’t much to do here but it does warrant a short visit either on-route from the airport or heading back home.

But headed westwards, the south offers much, much more. In fact, it is the most ecologically diverse part of the island with the imposing cliff at Gris Gris, the Black Gorges National Park and the Le Morne Peninsula almost in line with one another.

Although they seem nearby, it takes more than an hour to drive from one spot to the other as the road wind through slopes gentle and steep, and across even smaller villages and through sugar plantations, once the foremost export of the country. 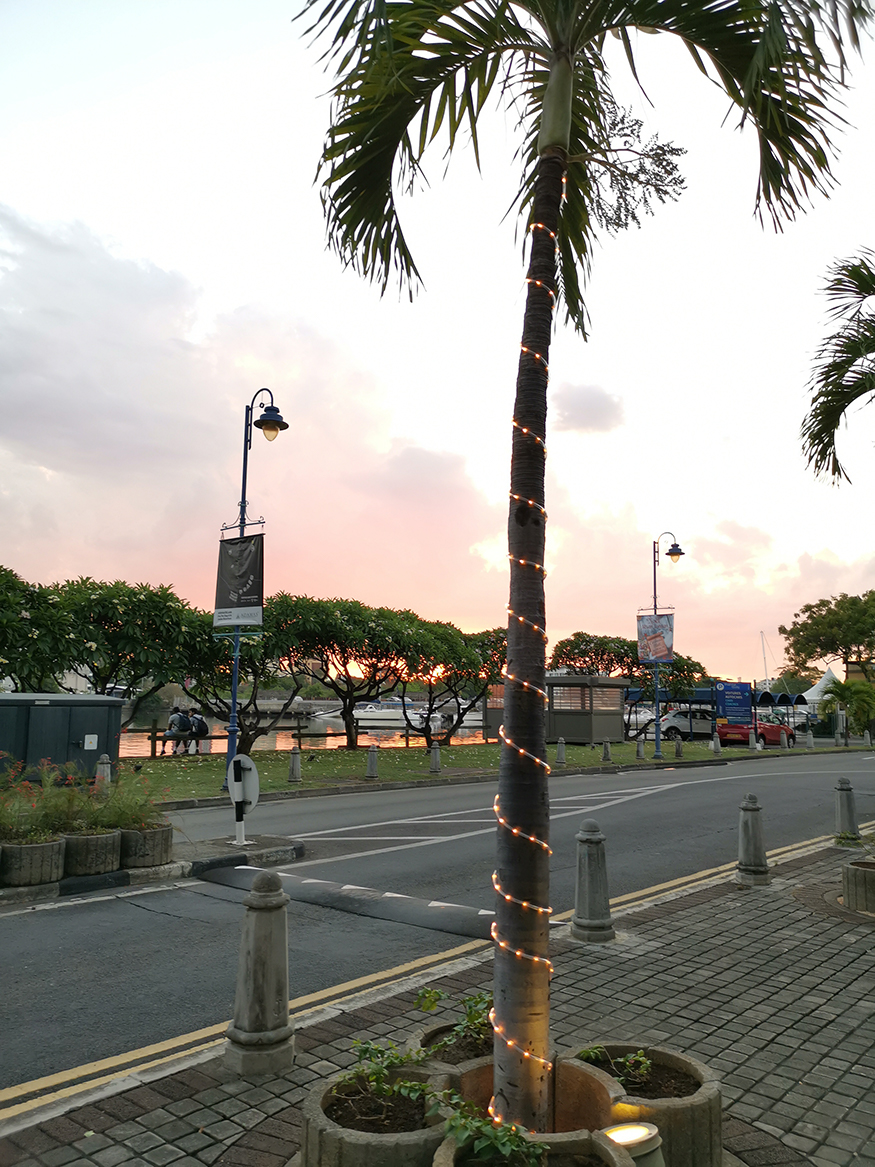 There are also some splendid golfing adventures to be found here in many forms and styles. The Heritage Golf Club in its Bel Ombre estate with a resplendent chateau overlooking its verdant fairways is one. Formerly the site of a very old sugar estate and the tri-tour sanctioned Afrasia Bank Mauritius Open, it was also designer Peter Matkovich’s first course in Mauritius.

Wide fairways winds its way through lakes and ponds makes this a fun track for beginners. Pulling the teebox farther back and the same water bodies combine with a complex of bunkers makes this a good test of golf for better players.

Together with the Anahita Four Seasons golf course in the east, they will each take turns to host the Mauritius Open every two years. Then it is to Avalon Golf Estate, one of the country’s latest additions to golf located near the tea hills of the Bois Cheri estate, that golfers must go. A golf course set amidst a burgeoning private residential enclave, this is another fun test of golf, but one that requires more careful planning and ball placement while charting across its 18 holes. 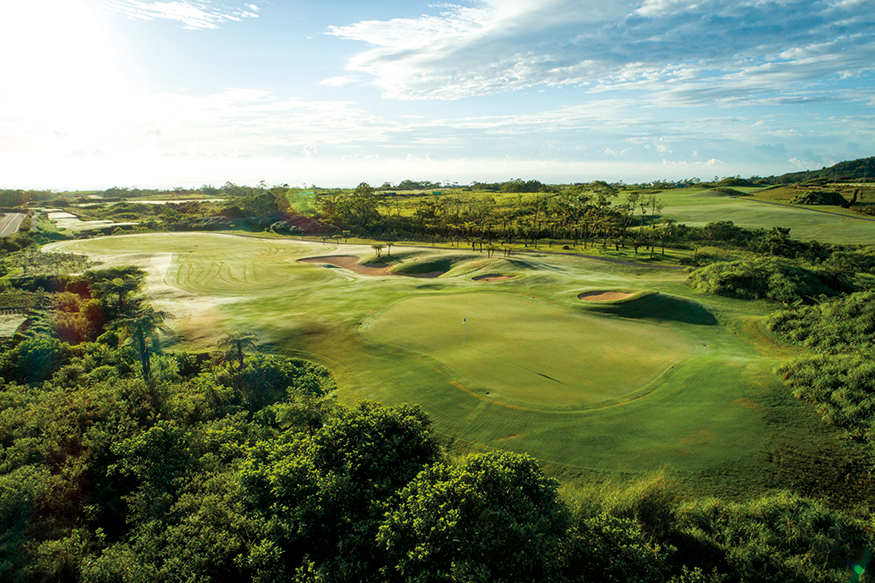 At times widespread, at others extremely narrow, there is hardly a straightforward hole here at the Avalon. Like its name, the golfer needs to go one a quest in search of his personal ‘Excalibur’ with long carries over shrubby valleys, avoiding rough areas that is at once pretty to the eyes and terrible to the scorecard at the same time.

The greens are well protected by bunkers leaving very little respite for mistakes while also mostly slightly raised. And when they aren’t, sheer length of hole and unplayable hazards outside makes it an even smaller target to aim at. 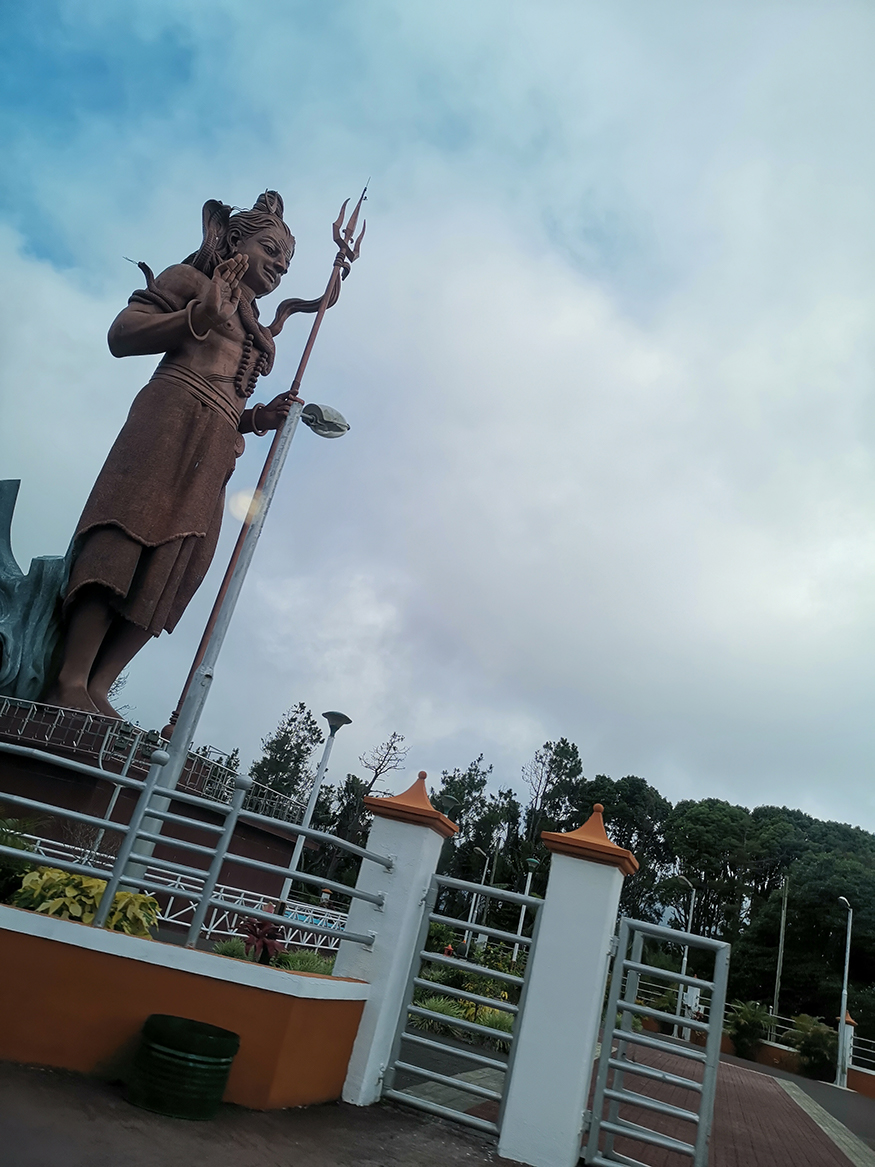 The clubhouse is modern, well appointed and a good use of space within a tight and angular box. It is also split between two of the island’s most famous attractions, the aforementioned Bois Cherie to the south and Ganga Talao Temple with the world’s third tallest stature of Lord Shiva, just a five-minute drive up north.

Driving deeper into the mountain, which is about an hour away, a different landscape comes into view. The Black River Gorges National Park is a must-visit. A short walk from the carpark opens up to one of the most beautiful sights in the world.

A thick, deep and unending foliage of ancient rainforest forms an umbrella of green amidst waterfalls set within a deep and untouched valley. A surreal motion picture experience in ultra HD, it is easy to spend an hour here just standing and watching, listening to the sounds of nature (and other gawking tourists) and watching out for the occasional monkey trying to pick up a stray bag or so. 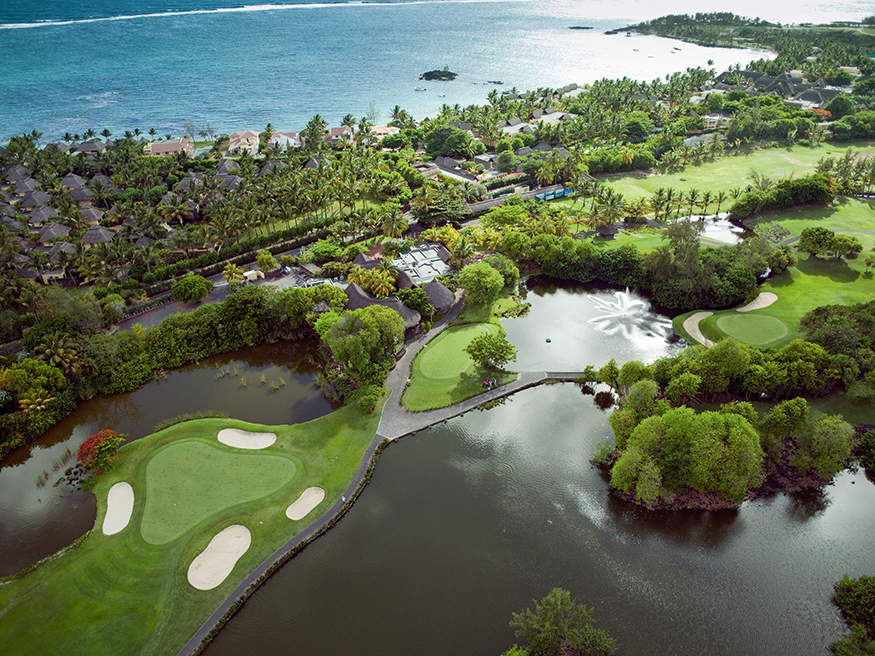 Further in is Chamarel where one may chance upon a unique natural phenomenon called the Seven Coloured Earth and a Rhumerie that serves some of the most delectably flavoured rum in the world. There is also a series of specially aged rum ranging from 3 to 6 years, in French oak barrels that are sometimes new, some recharred and others formerly used to age cognac, which explains its unique way of categorising them as VS, VSOP and XO.

From Chamarel, one can either proceed further south into the Le Morne Peninsula and to Paradis Beachcomber Golf Resort & Spa to spend some idyllic days combing the resort layout and enjoying a five star beachside experience, or swerve northwestward towards Tamarin and Flic en Flac.

Of particular note is a local eatery called Wapalapam sited literally at the doorstep of Paradis resort. A wooden hut outside belies the island-chic interior with dashing service staff ready to suggest and concoct some fine rum-based cocktails and local cuisine.

The Palm Heart Salad is fresh and immediately opens up the palate for more savoury stuff, such as a Mussel dish that is served in thick tomato broth and bread. The Octopus Salad is an unexpected surprise that is sweet, tangy, and crunchy in one bite.

A good restaurant always serves a good steak and this is no different – the Rib Eye done medium rare is succulent and simply brushed with herb butter with potato wedges on the side. And finally, a good old Creole curry dish – try lamb – with onion gravy and satini, served with Basmati rice, will perfectly round up a heartening meal here at Wapalapam.

The west of Mauritius is typically a nice, central place to base a holiday here as it is within reasonable driving distances from many attractions. The Sugar Beach Resort, which is right along Flic en Flac beach offers a glimpse into old sugar rich colonial style living.

Shouting English mansion across its grounds, the perfect way to spend the day is to either carry literature along and sit on one of the benches along its perfectly mowed lawn, or attempt to write one. 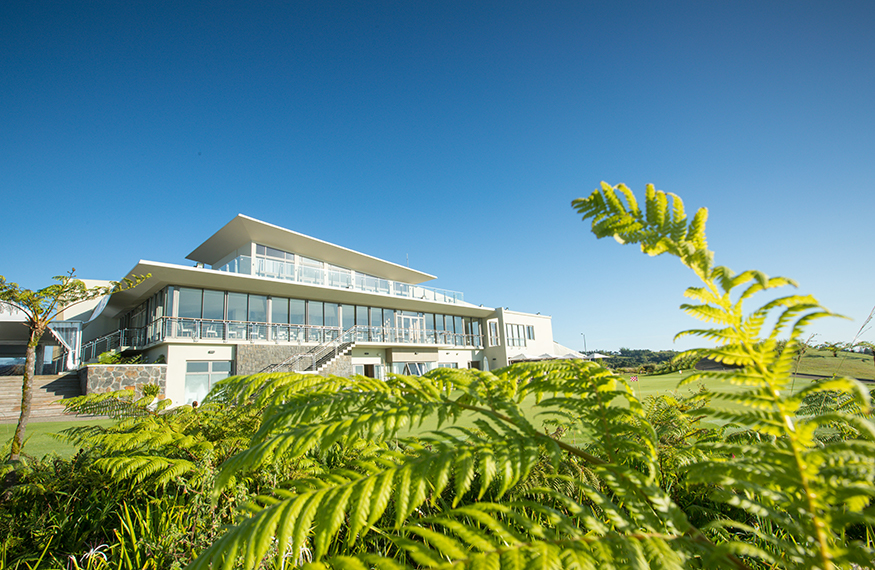 A chill-out night at the Buddha Bar (yes, same franchise as the world famous Parisien night club) eases the way into a relaxing slumber and leaves one wondering, “Am I really on earth?”

But for those looking for a real night out can simply roll outside the resort and along the more public side of Flic en Flac. A row of bars and clubs, the headiest among them is one called Shotz, which will take you through hip-hop and African tunes till the sun comes up.

In the day, that whole stretch is transformed into a tourist hotspot with cafes, restaurants and a small retail village offering beach goers some respite from the shinning sun.

For a bigger retail experience, a 10-minute drive out will see the Cascavelle Shopping Village and its American style outlet shopping with Woolworths, Pridemark, Quicksilver and some local brands thrown in the mix. Diagonally across and a little ways down along the main road is Casela World of Adventures, a safari zoo that provides many opportunities to interact with various kinds of animals, from gentle to deadly.

Split into four main sections, the journey begins in the Discovery Center, where a kids’ playground and 4D cinematic screening of the park is available. From there, take a safari truck ride to the Big Cats section and watch lions, tigers and caracals in action. For the brave ones, take a walk with the lions, or at least a photograph with professional wardens for safety and return with bragging rights that lasts a lifetime. 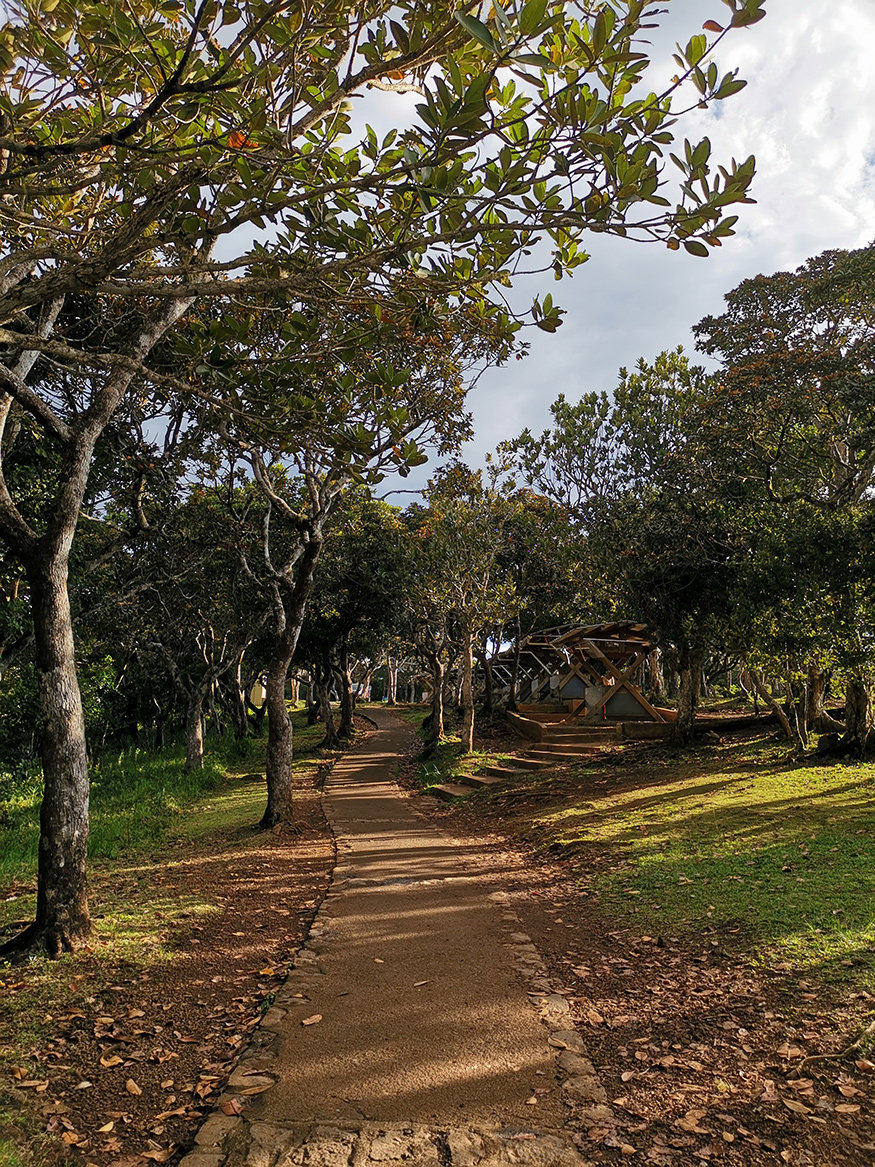 Then proceed to the Safari Bus Tour where wildlife from rhinoceros to zebra and gazelles graze and reside in an all-natural habitat. You can also free wheel in here with a segway or 4×4 Quad drive. Furthermore, thrill seekers can also take a zipline or do a canyon swing at another zone for “Mountain activities”. And finally, the petting farm and tortoise enclosure, while it is mainly for kids, is a cathartic experience for adults as well.

To further exemplify how much there is to do here in the west, Tamarina Golf Club, which features an 18-hole course designed by Rodney Wright with sweeping views over the stunning Rempart Mountain and Tamarin Bay, is but yet another short hop away.

In all, there are more than 10 golf courses in Mauritius, including the site of the Staysure Tour’s MCB Tour Championship, The Legends at Belle Mare Plage, Ernie Els’ Anahita course at the Four Seasons Resort that will host this year’s AfrAsia Bank Mauritius Open, and probably the toughest golf challenge on the island, the Bernhard Langer designed Le Touessrok Golf Course on the island of Ile aux Cerfs.

As a holiday destination, it is unforgettable. And as a golfing trip, it is absolutely redoubtable. 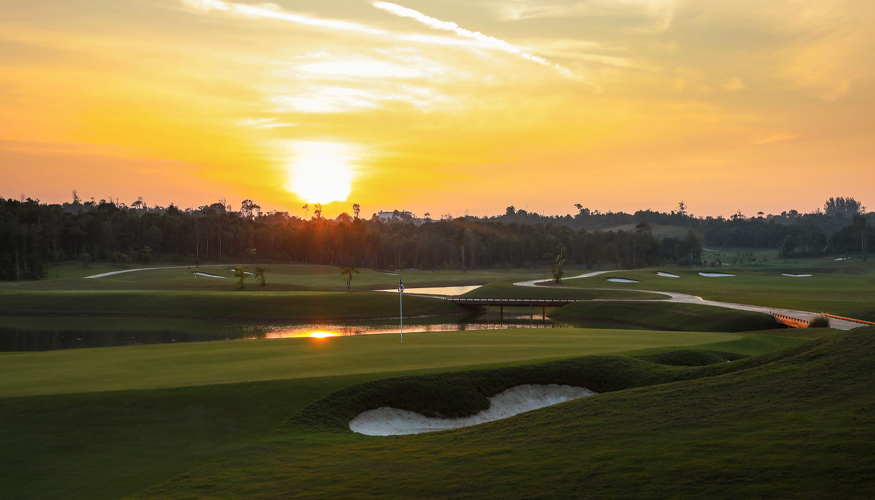 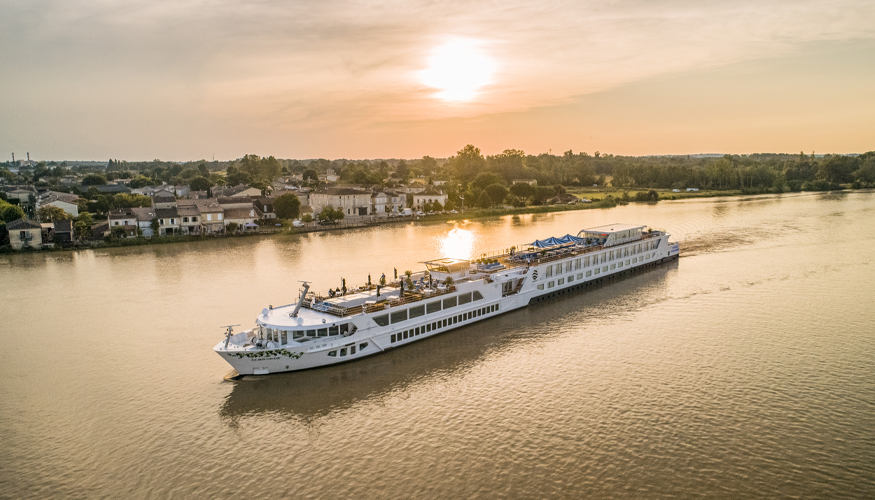 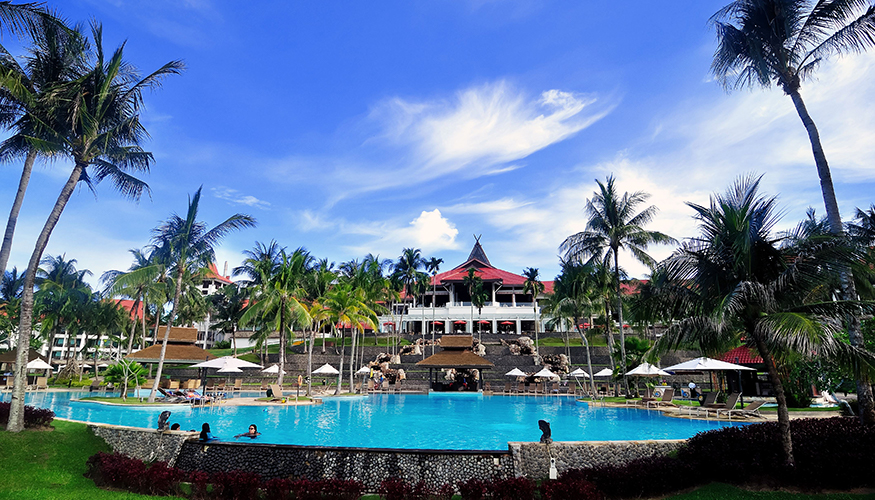 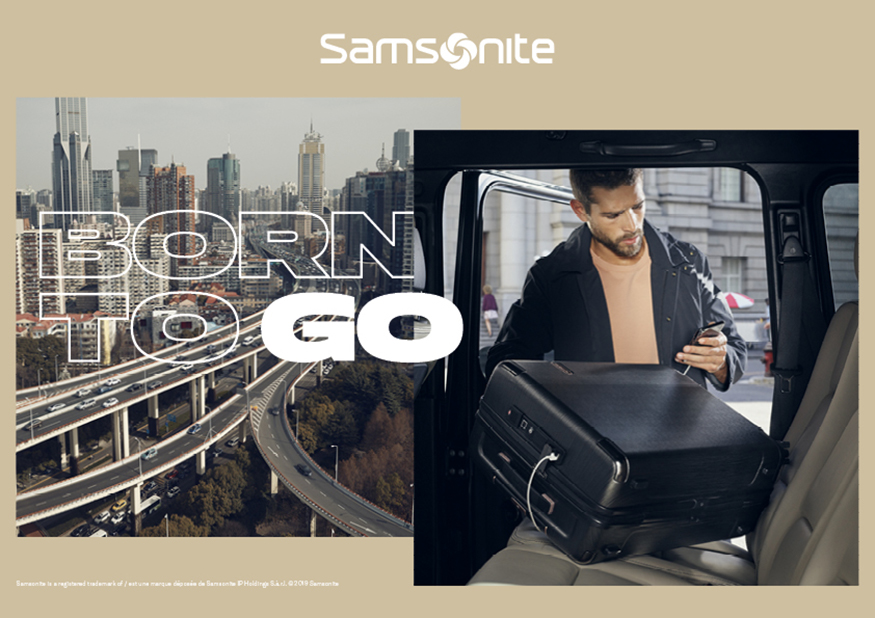