A Swing to the Next Chapter

The Private Museum (TPM) held its second Charity Golf fundraiser at Tanah Merah Country Club on 27th May 2022 in a bid to raise $300,000 for new programmes at the museum’s new space situated in the former Osborne House at 11 Upper Wilkie Road.

Since the last charity golf in 2019, two years of virtual fundraisers followed, with this year’s charity golf fundraiser being the first major event held by TPM since the easing of the pandemic. Supported by a total of 128 participants with a mix of patrons, sponsors, supporting partners and friends, prominent guests in attendance included the Guest-of-Honour, Mr Eric Chua, Parliamentary Secretary of the Ministry of Culture, Community and Youth & the Ministry of Social and Family Development, The Private Museum’s Founding Chairman, Mr Daniel Teo, and former Singaporean pro-golfer, Mr Lam Chih Bing. The eventful afternoon started off with an opening speech by Mr Eric Chua and a reception where familiar and new faces connected over lunch. The highlight of the event was the grand raffle draw, where participants stood a chance to win hotel staycations, exciting experiences, F&B and brand vouchers courtesy of more than 20 generous sponsors.

Out on the course, golfers stood a chance win Norqain timepieces by putting their swing to the test in the Norqain Circle-in-One Challenge, and the Osim uVibro exercise lounger by competing against Mr Lam Chih Bing in the Closest-to-Pin Challenge. Over $200,000 has been raised in total, with a large part of the amount to be matched dollar-for-dollar by the Cultural Matching Fund (CMF). 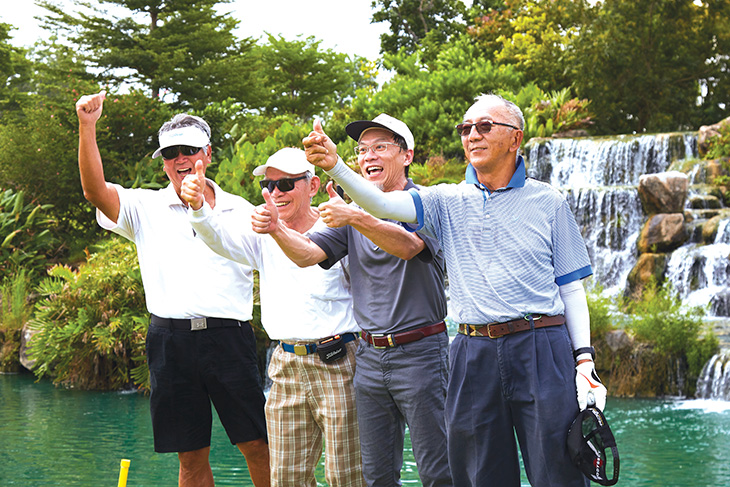 “As we look forward to a new chapter, our mission of supporting the arts remains unchanged. Working alongside artists and collectors, we will continue to present curated and meaningful exhibitions, serving as a platform in bridging art between public and private spaces.”
– Mr Daniel Teo, Founding Chairman, TPM.

For 12 years, TPM has provided a platform to showcase and encourage artistic endeavours beyond the walls of major public art institutions and it is one of the longest-standing private museums in Singapore focused on bridging the gap between the private and the public. With the funds raised from the Charity Golf 2022, TPM plans to explore and work with other artistic disciplines such as theatre, film, and the literary arts, and create meaningful collaborations with the community at its new museum space which is projected to open in the fourth quarter of 2022. WHERE TO CELEBRATE CHRISTMAS AND NEW YEAR IN BALI