A Revival And Renewal Of Relationships

The 20th edition of the Hansgrohe Golf Invitational finally came to pass after a one-year hiatus in 2020 due to the Covid pandemic.

Organised by Portfolio, a publication of Media Group Pte Ltd, the long-running golf invitational hosted by the premier brand for luxury bathroom and kitchen fittings was first mooted two decades ago to build and strengthen working relationships between local and regional partners from as far away as New Zealand, and the 20th edition of the event was a revival and re-connection with customers, this time as more of a local event due to travel restrictions. 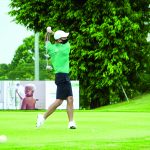 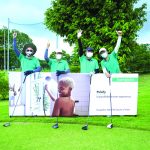 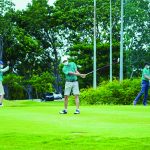 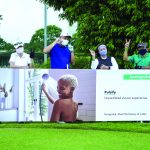 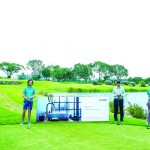 Trusted partners and valued customers were more than happy for the opportunity to renew relationships and common bonds over a round of 18 holes. The golf invitational also proved to be the appropriate occasion to introduce and welcome Mr Martin Low as the new Managing Director of Hansgrohe Singapore.

Greeted by familiar faces from Hansgrohe, the premier brand for luxury bathroom and kitchen fittings, on the 10th of December at Tanah Merah Country Club’s new Tampines course, arriving guests were also privy to the new range of Axor Edge bathroom fittings, a luxurious symbiosis of geometrical bodies and ultraprecise manufacturing resulting in a functional piece of art that exhibits an intimacy for life.

Following safe check-ins and a hearty lunch, the more than 100 golfers took to the beautiful rolling hills and large greens of the challenging Tampines layout to vie for the two Hole-In-One prizes of the $28,000 B&Z Python V8 Monaco luxury watch winder courtesy of Buben & Zorweg at Hole 14, and the Alfa Romeo Stelvio Veloce sport SUV generously sponsored by EuroAutomobile at Hole 4.

The 4th Hole is the longest par three on the course with a Redan style green at 45 degrees to the line of play. Guarded by a bunker front left, the green itself slopes diagonally from front right to back left. A back left pin position requires an indirect approach to the right to feed the ball close. A hole-in-one here is truly deserving of the Alfa Romeo Stelvio Veloce. 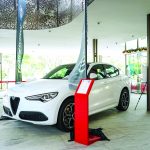 While the Hole-In-One prizes remained unclaimed, congratulations are in order for Nearest-The-Pin winner Jeffrey Lim (3.8m), Nearest-The-Line winner Ray Yow (on the line), and the Longest Drive of the day came from Michael Ng (222m).

For the tournament proper, Tang Sau Kit emerged as 2nd runner-up with 35 points on countback to win a Cobra SZ driver and two Bottles of Marabino Archimede 2016. 1st runner-up with 36 points was Nicholas Goh, who received an Edox Chronorally chronograph watch.

And the champion golfer of the 20th Hansgrohe Golf Invitational with 36 points on countback was Jeffrey Lim, who deservedly received Hansgrohe’s Axor Edge Single Lever Basin Mixer 130 worth more than $4000. Well played and many congratulations to all winners. 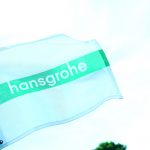 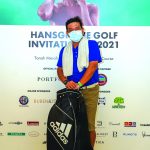 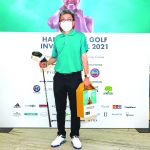