Who could ever have imagined that a friendly competition among avid golfing friends could one day grow into the current 5th BLR President’s Cup with a total of over 280 international golfers; from Singaporeans to neighbouring Malaysians and Indonesians, to as far flung nationalities as Iran, Canada and America?

Mr. Gerald Hendrick, Senior Vice-President and General Manager of Bintan Lagoon Resort, remarked that the number of BLR President’s Cup participants has more than doubled since the first official tournament drew 132 participants back in 2015. 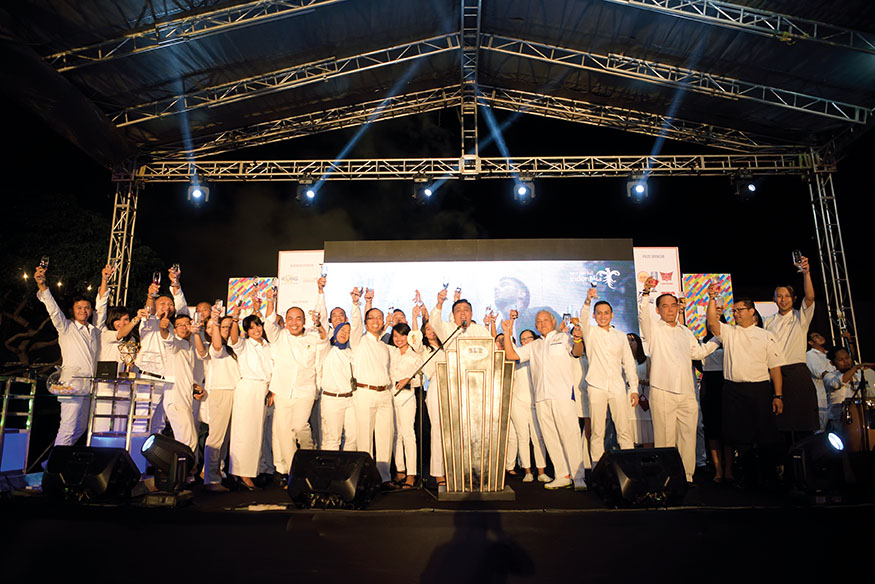 Held on 2nd and 3rd November, the tournament was simultaneously played over two days on the weekend, the venue of which were the two 18-hole Resort courses of Jack Nicklaus and Ian Baker-Finch, both vastly different in design and character, and good tests of a golfer’s skill, mental fortitude, and course management. The tournament scoring was based on Stableford System 36.

With the eldest participating golfer over 70 years old, perhaps it wasn’t a surprise that the eventual BLR President’s Cup champion turned out to be the youngest ever winner throughout the history of the annual games.

14-year-old Milaad Madani, a Singapore based US student won the friendship golf tournament, emerging triumphant over almost 300 other golfers. He received the winner’s trophy from Gerald Hendrick. 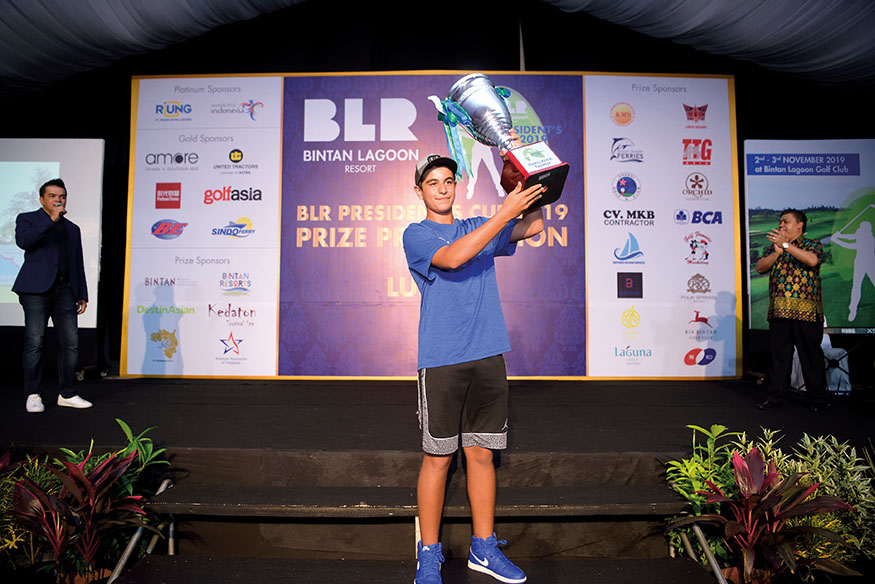 The student of School Stamford American International has been living in Singapore for the past five years, and although he plays other ball games like football and rugby, golf is his preferred sport. Madani’s father began coaching him when he was only three years old, and he now practices golf six times a week.

“My dad got me a golf coach at my very young age and from then on, I have been continuously practicing, ” said Madani. And because of his father, Madani believes that mindset is more important than golf skills, “If you don’t have a good mindset and play golf, you struggle and get upset, you won’t succeed as a golfer, ” said Madani. “You need to be positive and say to yourself ‘If I got a bad first shot, I need to have a better second shot’. You should only think one shot at a time, not the result.” 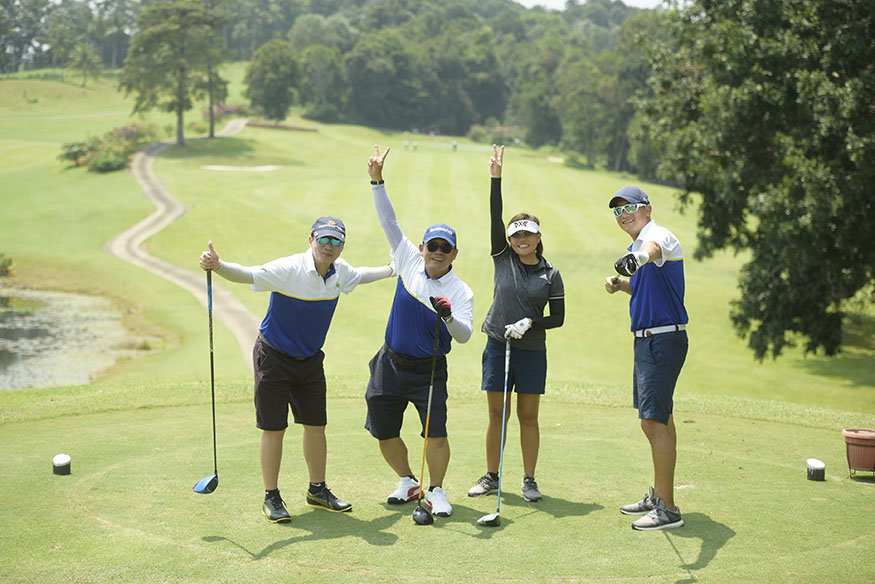 The 5th BLR President’s Cup tournament is in partnership with Wonderful Indonesia, the Ministry of Tourism Indonesia, and Mr. Hendrick, General Manager of Bintan Lagoon Resort sees an even brighter future, “The National Ministry of Tourism sees this part of the calendar for Indonesia. Hopefully, one day, this tournament will go to the next national level or even international level.”