A Golfing Mecca Beckons In Marrakech

Mediterranean sunsets and the quiet sighs of the moors set the tone for a golfing adventure to this wonderful resort. The city of Marrakech, a name that evokes a smoky visage of exotic beauty set along the edge of the Sahara Desert, is many things to the people who visit. One thing it has not been known for, is golf.</span>

Strangely, golfers have been travelling to Morocco for years, though not in the kind of numbers that it perhaps deserves. With a fabulous climate – it gets a good couple of months of hot sun more a year than Mediterranean Europe – wonderful food, surprisingly good local wine, and a rich culture that is a heady mish-mash of European, African and Middle Eastern influences, visiting here is akin to playing golf in paradise; Spain and Portugal are clearly much bigger markets yet those who do make the pilgrimage across the Strait of Gibraltar often get a truly memorable experience.

For years, the only course in the Red City was the Royal Golf Club, built in the 1920s, where you are met by a very traditional, flat, some might say boring course (though now extended to 27 holes) and the obligatory use of a local caddie with limited language skills but also good knowledge. Then in the 1990s came the Palmeraie, designed by Robert Trent Jones Senior, and Amelkis, courtesy of veteran US designer Cabell B. Robinson. Both provided enjoyable rounds though little to really set the pulses racing. A rather grand vision, led in part by the boom of low-cost airlines mainly from the UK (it’s just a 3-hour flight from London), saw many more courses planned. These were mainly in the flat, fertile lands in the foothills of the Atlas Mountains south of the city, with Assoufid (a private development) and Samanah (Jack Nicklaus designed) leading the way. The economic crash of 2008, though, tempered ambitions somewhat.

Most belatedly, The Fairmont Royal Palm Marrakech is a five-star plus hotel run by the Accor Group, best known as luxury golf specialists in St Andrews, Banff, Riverside and Whistler. Built by Cabell Robinson, best known perhaps for his designs at Finca Cortesin on Spain’s Costa del Sol and Praia del Rey on Portugal’s Silver Coast, he was brought in to create a 6,730m course, with ambitions to be heralded as the best in the country.

We’re not talking some monster-like Carnoustie that will scare off any golfer playing over a four handicap. Robinson’s course is beautifully maintained with true, neat greens, a surprising amount of water for where it is located and shallow bunkers all in the same flamboyant wavy design.

A wide-open fairway at the first tee eases you into the round, though those bunkers (many of them are in bright red earth rather than regulation sand) will nab you if you hook left. Your first sighter of the glorious Atlas Mountains comes at the par 4, 320m third, where your driving channel is quite narrow yet tempting for big hitters but too far right and you’re in water.

The first par 5 comes at the 6th, as you turn around to face the hotel and villas running along the back. It’s 460m, and a long straight drive and equally strong approach left gives a good birdie opportunity, but water runs all along the left up to the green. Again, very picturesque.

Your next hole, though, is a real test – a 220m par 3 (177 off the yellows) with the same water on the left all around the green and two big bunkers on the right. Hit said bunkers and you face a tricky shot in low, hard sand trying to stop your ball running back across the hole and into the drink.

After negotiating the relatively straightforward 420m par four 8th, with its double green adjoining that of the 12th, your front nine ends with a fairway that runs alongside the hotel, within a hook shot of the swimming pool. It’s a long par 5, of 550m, and features a left-side gully. The 10th gets you back facing the Atlas before you hit a slightly scruffy part of the course (bizarrely you pass an abandoned football pitch as you approach the 11th tee). It all changes again for the 13th, however – this is the signature hole, with huge red earth bunkers going all the way up the right of the fairway.

The 15th is considered stroke index one, the most demanding of the par 4s at 455m off the championship tees. You will need a strong, straight drive, followed by an equally well-timed long iron, to possibly just get over the four bunkers protecting the green.

As this correspondent approached the 18th tee, a call to prayer from a nearby mosque reminded us that for all the five-star touches of the resort we were still in a place of tradition and respect for an age-old religion. With the clubhouse in the distance, the last hole is a very attractive one to finish on, requiring a straight drive to avoid bunkers left and right on the fairway, while water remains a threat on the left for your second shot.

And then there is the hotel. Built in a 231-hectare estate in an olive grove, the resort centres around 135 luxury villas and suites all decked out in a mix of Moroccan style – tataoui ceiling drops, Zuoak wood paintings, Berber carpets – and French contemporary finishes. Those lucky or flush enough to stay in one of five Presidential Suites will, apart from having enough room (320 sqm) to accommodate a large family, also have their own jacuzzi on a balcony with sun loungers.

When you arrive at the reception, after a drive that takes you through the network of villas for sale in the Domaine Royal Palm estate, via an enormous windowpane behind the lobby you get ‘The View’ that really sells the whole project – the snowcapped Atlas Mountains set against clear blue skies, and in the foreground the hotel’s infinity pool, strategically placed palms and the golf course.

To further emphasize the luxury touch, multiple Michelin-starred executive chef Philippe Jourdin, previously at the Terre Blanche resort in the South of France with Four Seasons, has been hired to oversee the four restaurants on site. This includes the Al Ain, specialising in high-end Moroccan cuisine. 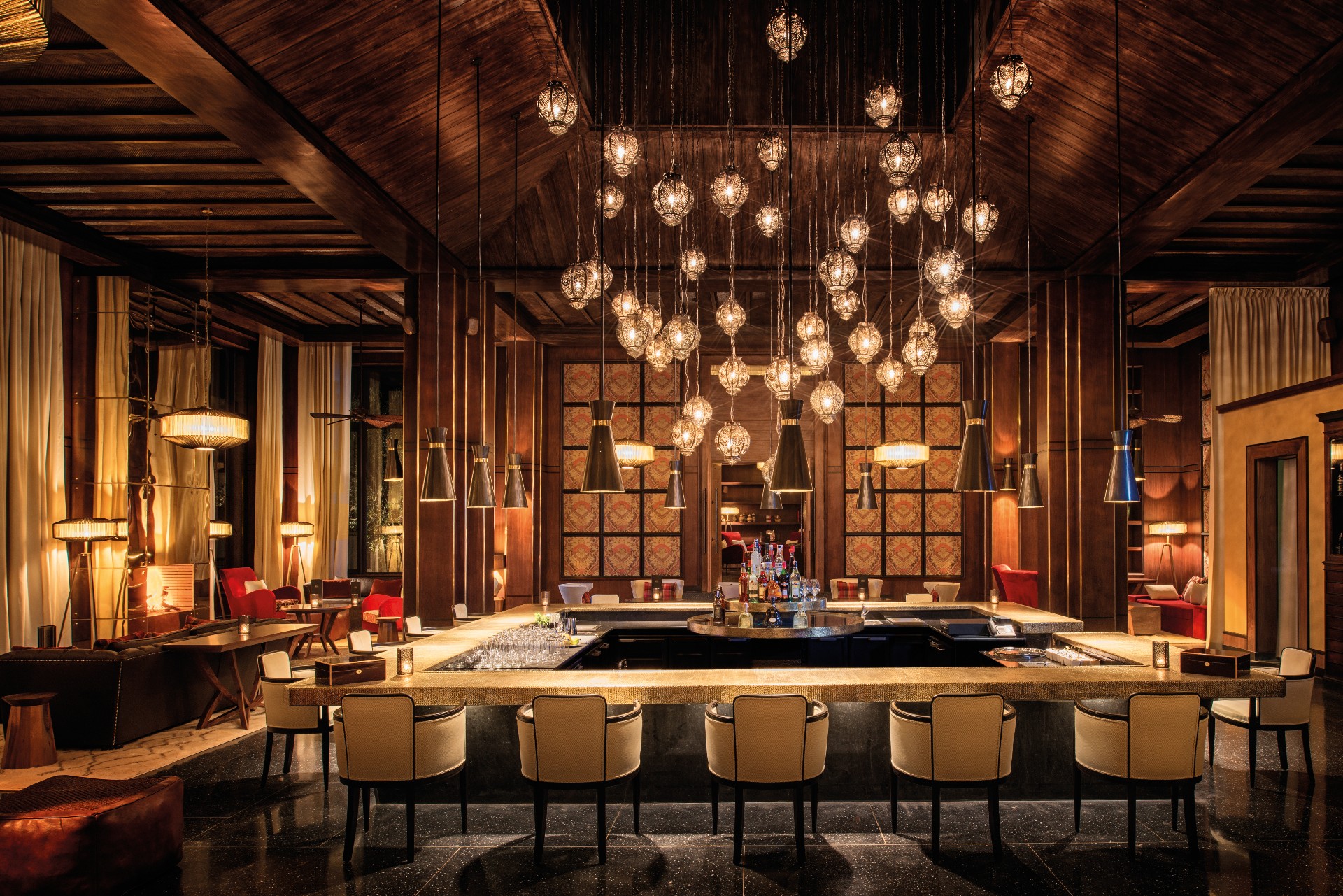 There is also the more informal L’Olivier, al fresco dining next to the huge swimming pool that stretches across the front of the hotel. Dishes include spider crab from Essaouira with green salad, helped by an extensive wine list including some impressive varieties from Morocco. Standing out was the 100 percent Chardonnay S de Siroua 2009 from Domaine Ouled Taleb, a winery from the mountains inland from Rabat and Casablanca.

Throw in a sports club, gym and squash court, four tennis courts, a kids club, butler service and you have a complete, relaxing shutout from the world, and yet still just a 15-minute drive from the bustle of Marrakech. The real trump card, though, is the spa, which offers golfers a variety of treatments, including a one-hour deep relaxing massage with honey, to be just the ticket after a punishing few hours on the course. At 4,200 sqm, it is the biggest in Marrakech and the only Clarins spa in Morocco, offering 15 treatment rooms, relaxation areas with steam rooms and a swimming pool and a yoga room. When we visited, treatments were only available in four suites converted into spa.

And after the 19th? Well, downing those irons for a while and soaking up some local culture really should be what ‘golf travel’ is all about. And there are few more exotic places to do it in than Marrakech. The Red City can at times seem to be from another planet, with the acrobats and snake charmers of the main square, the Djemma el Fna, the sounds and smells of the souk and a general air of madness. Head out of the medina to the Gueliz district and you have more modern shopping malls and, with the French influence coming into play, outstanding restaurants such as Dar Moha and Cafe Bousafsaf du Jardin Marjorelle.

If an apparent lack of bars and pubs bothers you, there are watering holes such as the Grand Café de la Poste, a long-standing favourite among the expat community – it was built in the 1920s- with its colonial-style wicker chairs and potted palms. Of course, being Marrakech, it also has an achingly trendy side to it, being the haunt for many a film star and artist when they come into town. Oysters from Oualidia washed down with a chilled Chardonnay at happy hour? Well, it certainly is a different way to round off a day of golf. 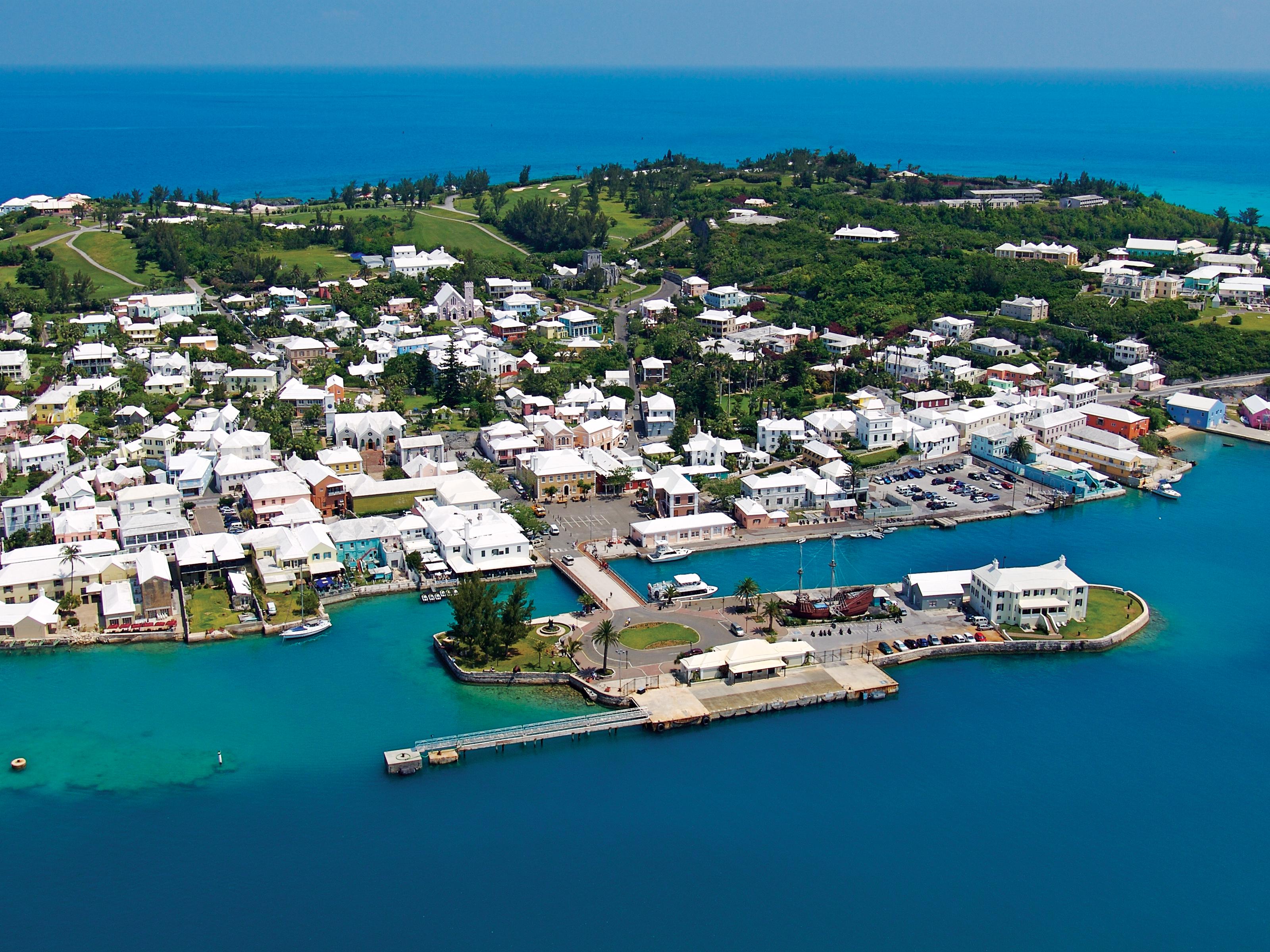 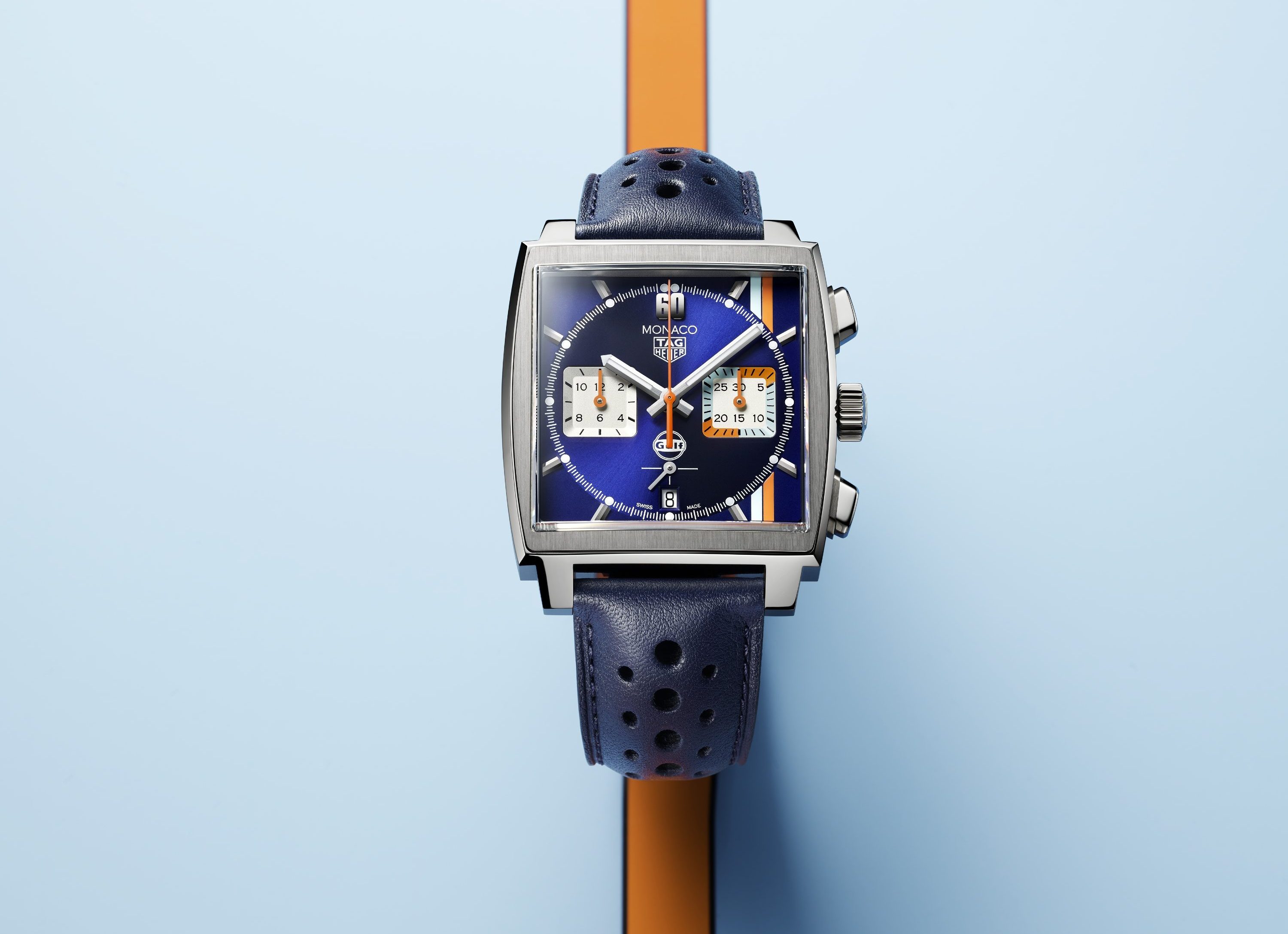 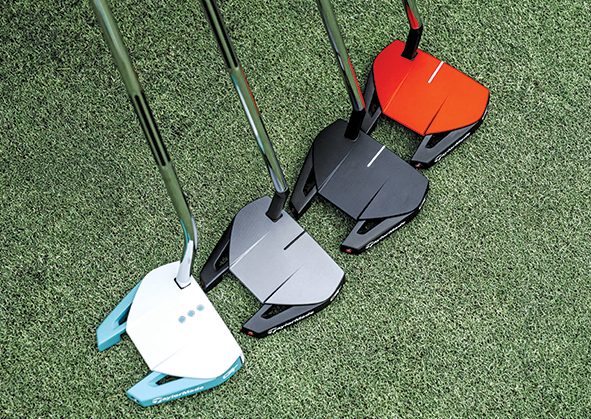