A Strong Core For Better Golf

The foundation of a strong body and a consistent swing

The ‘core’ is a series of muscles around the mid-section all working simultaneously to stabilise the body, and when it comes to physical activity, it means more than having a 6-pack and looking good in a swimsuit. An athlete can have an incredibly strong core in relation to the demands of their sport without the chiseled stomach. Jon Rahm, Shane Lowry and Andrew “Beef” Johnston come to mind.

Think of the abdominal muscles as your body’s braking system, a Ferrari would be useless without high performance brakes.

So training to have a strong core is crucial to withstanding any forces stressing the body during the golf swing – not only for power and speed but also longevity in any sport.

Without the correct and strong foundation, it is only a matter of time before pain sets in.  This is especially relevant for the younger generation, whose bodies change drastically during growth spurts.

And as age inevitably catches up with us, it is imperative to restore a strong core; for golf to be played healthily long into the later years.

The King and Queen of power and control are the glutes and core, and the key is to focus on training for strength and resilience in these areas.

Golf-wise, when the body is unable to maintain posture and handle the stresses it is placed under, certain swing characteristics emerge.

Sixty percent of golfers have ‘loss of posture’; the common occurrence of standing up or even collapsing down towards the ball during the down-swing. The core is integral in stabilising the trunk during the swing, and a weak core will not retain a strong posture.

The Locked Deadbug is a fantastic exercise to learn how pressure should be maintained through the core. Using a golf club maintains the connection between the hips and thorax . 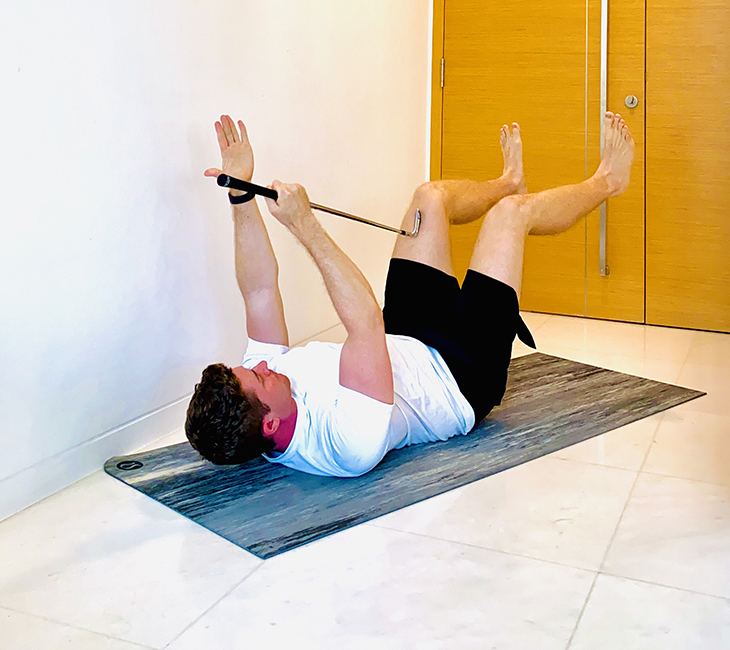 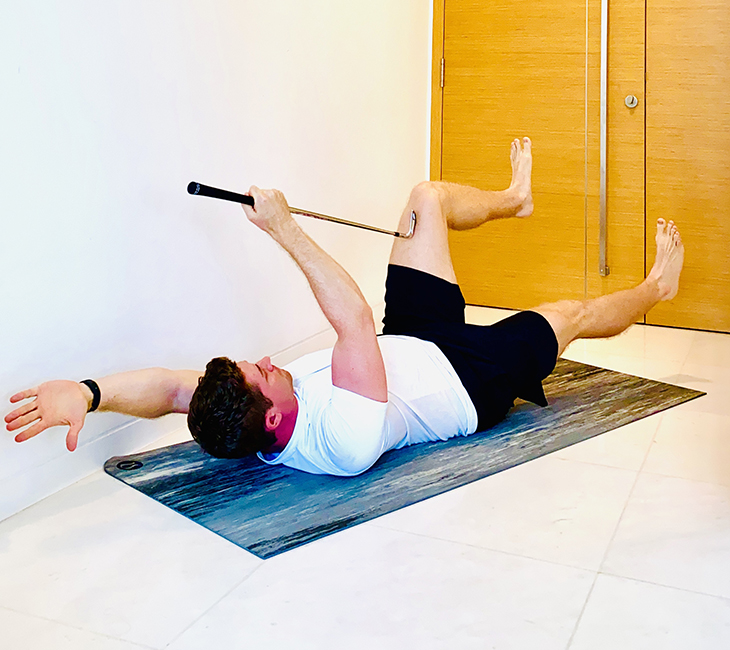 The body begins to stand up into impact and the hips drive towards the ball, rather than rotating while staying in posture.

The Core controls the pelvis.  So a lack of stability, even during set up, results in the pelvis struggling to move in a controlled manner during the swing.

The Palloff Press combats early extension, teaching the body how to maintain posture whilst adding force on the trunk. 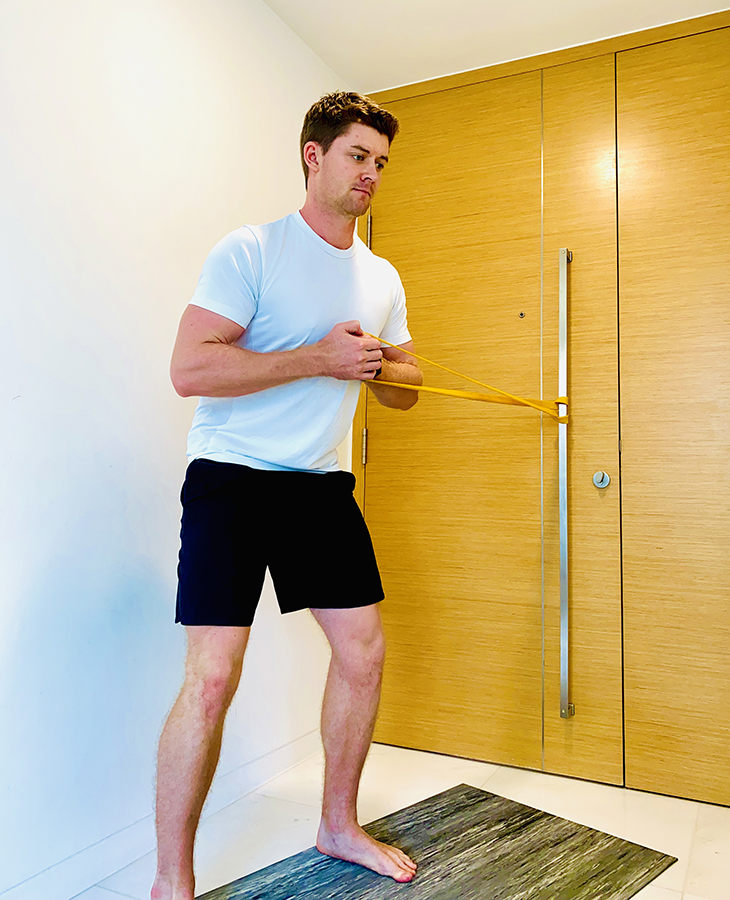 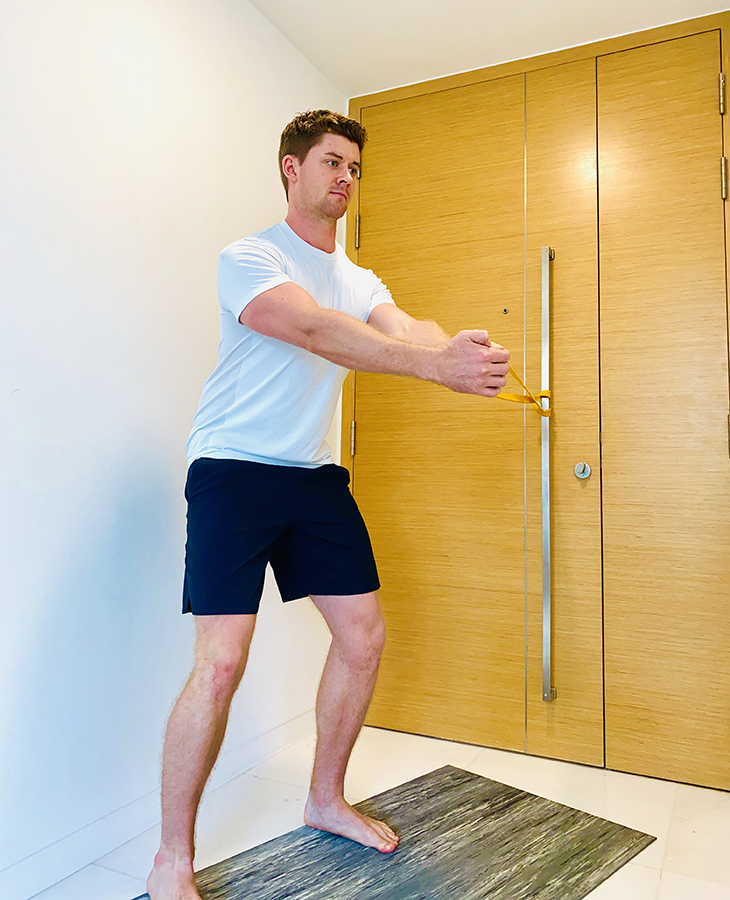 If ‘Loss of posture’ or ‘Early extension’ are issues in your golf swing, first ensure you have good mobility in the thoracic and hip area. Then focus on getting stronger by performing these exercises. 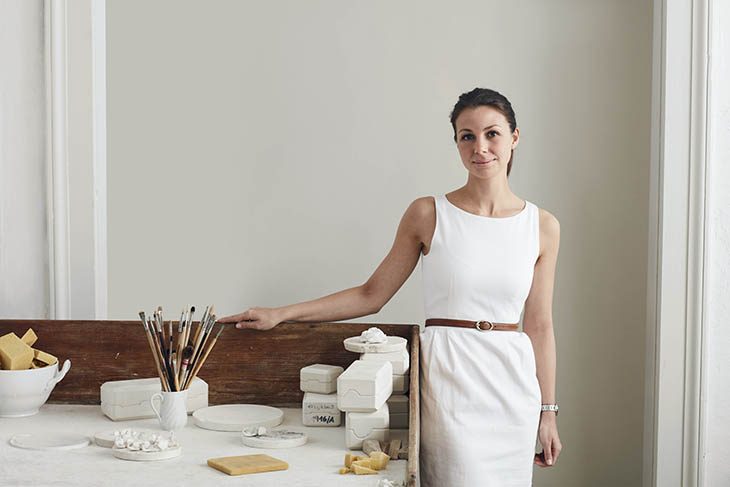 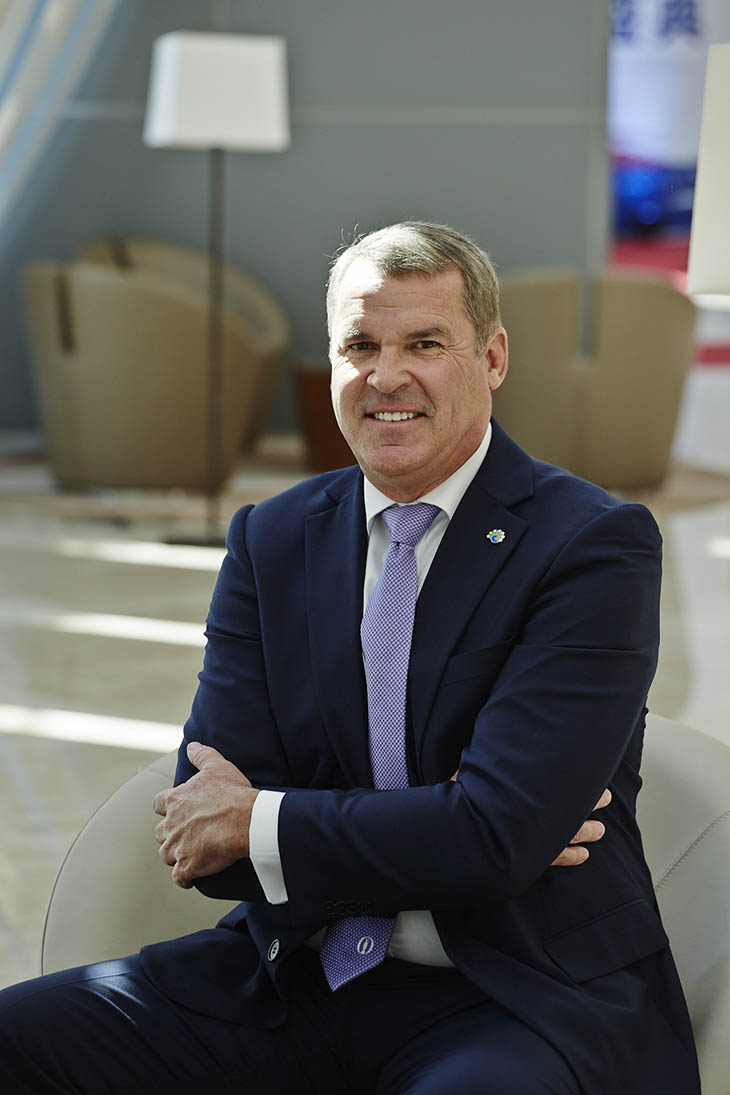 A Golf Conversation With…