The last couple editions of the Golf Asia Challenge featured a plethora of gifts and prizes up for grabs, be it on or off the course, and the latest one was no different plus a couple of bonuses such as a Volkswagen Passat 1.8 TSI Comfortline to reward that ever elusive ace which unfortunately no one made, as well as the once in a lifetime opportunity to golf amongst the best amateurs in the China Amateur Golf Tour sponsored by BCLN Golf.

The weather was great as well as the haze that was plaguing the region managed to stay away long enough for the tournament, course conditions were fantastic and scores were kept in check by the ever challenging Lake Course of the Raffles Country Club. As golfers streamed in for the seamless registration process, they then made their way to the scenic golfers terrace for lunch.

After a short briefing, all participants of the Golf Asia Challenge 2015 headed out to the course and played the various novelty prizes as well. At hole 2 & 14 the nearest the pin prizes were won by the precision of James Chua (2.1m) and Terence Tan (4.1m) respectively. For the long hitters, and there really were a few at the event, they definitely tried their best at the longest drive holes but eventually it was Jeffrey Tan with a drive of 281m at hole 18 and Mark Raissig with a whopping drive of 320m at hole 6 who out muscled and out swung the rest of the competition.

Winners from the last couple of Golf Asia Challenges had the chance to golf amongst them and last year’s winners had the privilege to play alongside one of Taiwan’s best juniors who was fresh from one of her victories as well! Taiwan’s Yu-Sang Hou from Taiwan’s Miramar Golf Club comfortably won this year’s girls’ division of the Tasmanian Junior Masters. The 15-year-old carded rounds of 71, 71, 72 and 68, a six-under-par total of 282, to win the event by a massive twelve strokes. Her maturity on the course and level of play not only wowed but also served as an inspiration for the golfers to want to better themselves after the experience of golfing with a player of her calibre.

This edition of Golf Asia Challenge winners, Charles Yap (Best Gross) and Terence Poh (Best Nett) have earned for themselves the chance to play amongst the best amateurs in Asia and with that perhaps bear witness to a future Major champion or champions in the making.

This year’s golf challenge was held for the first time at the scenic and serene yet deceptively challenging Lake Course of the Raffles Country Club. And there’s no doubt that each Golf Asia Challenge is a serious tournament, yet each event is held amidst a backdrop of fun and feels more like a round of golf amongst friends. 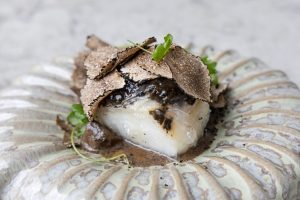