Since Cortina Watch’s founding in 1972, it has represented one of the most respected brands in Swiss watchmaking – Patek Philippe. What began as a professional encounter between the founder of Cortina Watch, Mr. Anthony Lim, and the late Mr. Henri Stern over 66 years ago developed into a longstanding retail partnership that has helped to establish both brands across the Southeast and East Asia region. Today, Cortina Watch exclusively manages six Patek Philippe specialist boutiques across Asia.

Beyond business, the affinity between Patek Philippe and Cortina Watch is an inter-generational friendship between the Stern family and the family of Mr Anthony Lim.

To celebrate this longstanding partnership that spans 50 years and transcends generations, Cortina Watch and Patek Philippe will co-host an exhibition that showcases their affiliation by presenting the limited edition Ref. 5057G-010 and Ref. 20145M-001 “Singapore Skyline” dome table clock, together with the Ref. 5057R-001 25th anniversary model. It will also include Cortina Watch’s collection of several other unique Patek Philippe creations, such as Ref. 1677M “Esplanade”, created for Singapore’s Golden Jubilee in 2015; Ref. 20094M-001 “Bay of Singapore”, created for the Patek Philippe Watch Art Grand Exhibition, hosted in Singapore in 2019; Ref. 20040M-001 “Twilight Taipei”, created to commemorate the first Patek Philippe boutique established in the city’s most prominent skyscraper.

The travelling exhibition will be held at Patek Philippe boutiques across the region, starting with ION Orchard and Marina Bay Sands in Singapore. It will travel to Taiwan, Thailand and Malaysia before finally returning to Singapore towards the end of the year.

Commemorating the 50th anniversary are two special limited editions – a watch and a dome table clock. For the scene’s magical tints, with their subtle gradations and layered effects, a palette of 50 enamel colors was used. A shower of 50 gold stars and fireworks cascade the sky to celebrate the jubilee. A guilloched hour circle with dentate edges echoing the flowers in the garden city, set with 12 baguette markers made of lapis lazuli (2.27ct), frames a dial centre in cloisonné enamel. 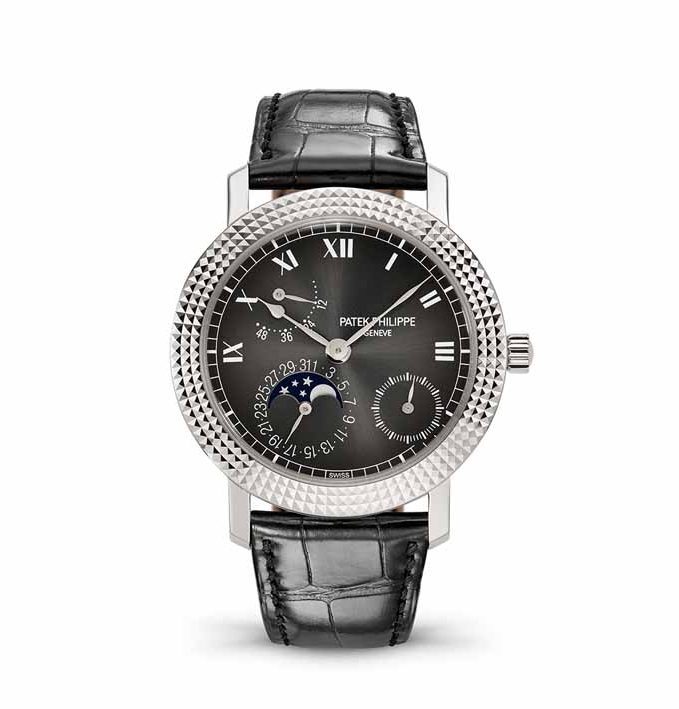 The display indicates the date, moon phases and power reserve on two subdials, with a small seconds indication between the four and five o’clock hour markers. The ultra-thin, self-winding movement has a 48-hour power reserve visible through the transparent sapphire caseback inscribed with “Cortina Watch 50th Anniversary Since 1972” in white.