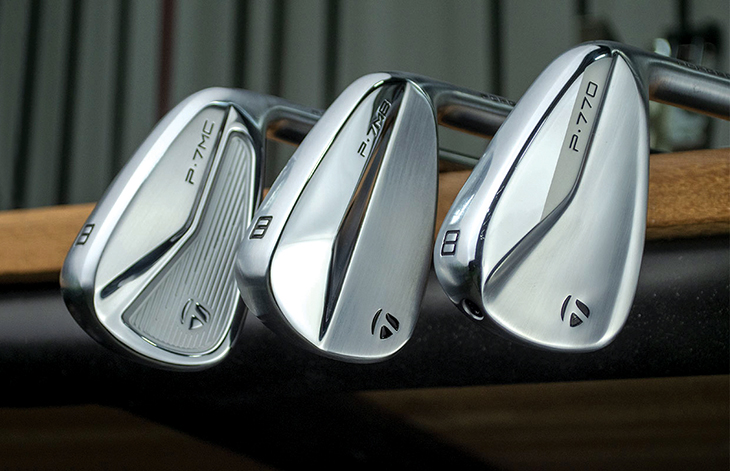 According to John Keats, a thing of beauty is a joy of forever. It is a constant source of happiness and pleasure and its loveliness increases every moment.

P770 – Players Distance
The most anticipated is undoubtedly the P770, its clean lines and compact curves belies the driver tech hidden inside its preferred traditional shaping, representing a new level of aesthetics and performance. It has the same forged hollow body construction filled with SpeedFoam and advanced tungsten weighting as its powerhouse sibling the P790, the latter already embraced by golfers with a handicap from +4 all the way to 25.

Forged from the same DNA, the P770 is all the distance and forgiveness of P790 in a sleeker more compact players iron shape, while still also achieving higher launch with the long irons and additional spin. 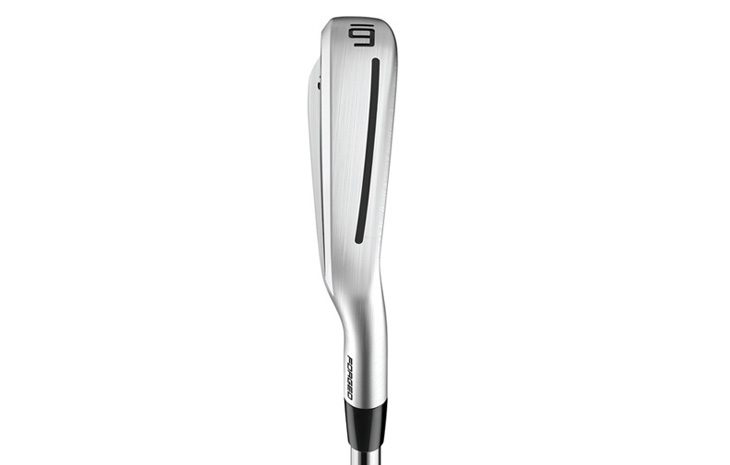 If the P790 is Mr Universe, the P770 is Miss Universe; with a thinner topline, narrower sole, and shorter blade length. The smaller construction helps inspire confidence at address, while also promoting enhanced workability and control.

The combination of a mirror-polish and Tour satin finish delivers a unified look across the P series irons, allowing TaylorMade to address the growing demand for combo sets that optimise performance from top to bottom, and at the same time deliver the clean aesthetics that matches easily for that cohesive look, even with a combination set of irons. 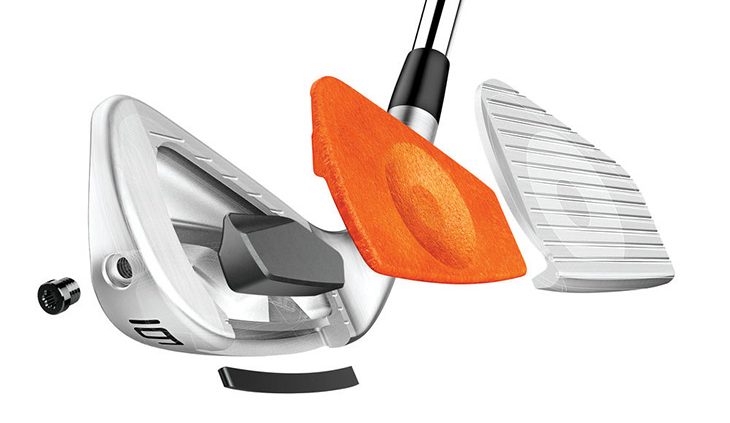 The P770’s forged hollow body is constructed of 8620 soft carbon steel with a thin 4140 steel face for fast ball speeds. TaylorMade’s Progressive Inverted Cone Technology is uniquely positioned in each iron to both increase the sweet spot and minimize the effects of common mishits. The pivotal SpeedFoam injected inside the head pushes the design limits of face speed while simultaneously improving feel.

To offset the less forgiving smaller shape of the P770, MOI is boosted by 46 gram tungsten weights positioned towards the toe within each head, increasing forgiveness in the 3-7 irons.

P7MB and P7MC – Full Forgings
Designed with insights from the game’s best ball strikers, both P7MC and P7MB have been meticulously crafted to create the best feeling iron possible. A modern take on classic designs, each iron set is built to blend aesthetics, performance and a purist feel.

The new Compact Grain Forging process relies on a 2,000-ton forging press to form a tighter grain structure designed to provide the most solid, consistent feel possible with up to 2-3 times the forging pressure than other companies. The high-pressure forging decreases the grain size to improve the overall properties of the metal for a repeatable, precise geometry.

P7MB
Clean and elegant, this beautifully crafted muscleback with the Tour-inspired shaping takes cues from Dustin Johnson’s Tour Prototype irons, boasting a thin topline, minimal offset, and a narrow sole. Forged from 1025 carbon steel with a machine-milled face with aggressive score lines, P7MB represents the ultimate in shot-making and control. Designed for the best ball strikers in the world who demand surgical like control and a pure feel at impact.

Faceted muscle back geometry delivers a seamless blend of traditional performance with a contemporary look and design. With a mirrored surface across the backbar that allows light to reflect in multiple dimensions, the positioning of the backbar also delivers precise CG placement and mass properties for optimal performance.

P7MC
Answering the needs of Tour players is this perimeter-weighted classic muscle cavity design with a hint of forgiveness. The Tour inspired P7MC’s classic shaping and minimal offset deliver control and precision, while perimeter weighting offers just the right touch of forgiveness.

Shaping of the muscle cavity evolved from the previous generation of P750 irons, already a cult favourite on tour with Jon Rahm, Collin Morikawa and Matthew Wolff. The new backbar geometry designed to elevate feel moves mass up behind the face to support the impact point. No less than Rory McIlroy commented on the improved solid feel and stability of the iron through the strike zone.

A lot of thought went into the forged pattern within the cavity back that pays homage to a long history of TaylorMade iron designs, including the RAC TP blades as well the original P750 and P770 models. A subtle “Metal-T” with a high-buff finish is formed during the forging process as a sophisticated nod to craftsmanship and aesthetics. The P7MC ‘s Tour satin finish and muscle cavity geometry visually matches either the P7MB or P770 in a combo set.

That TaylorMade is at the forefront of technologically advanced clubs is without question, but have they always been the prettiest? The P-Series of irons puts that question to bed as the company’s most artfully crafted irons ever for the accomplished and aspiring golfer. By aesthetics and design, the company encourages, nay expects, the more discerning golfer to custom mix and match a combination set from across the P700 series of irons.

To that end, TayorMade has created a P700 series combo guide based on four different levels of forgiveness along with loft adjustment recommendations. Now you can sensibly assemble the perfect set of irons according to your skill level across the long, middle and short irons. 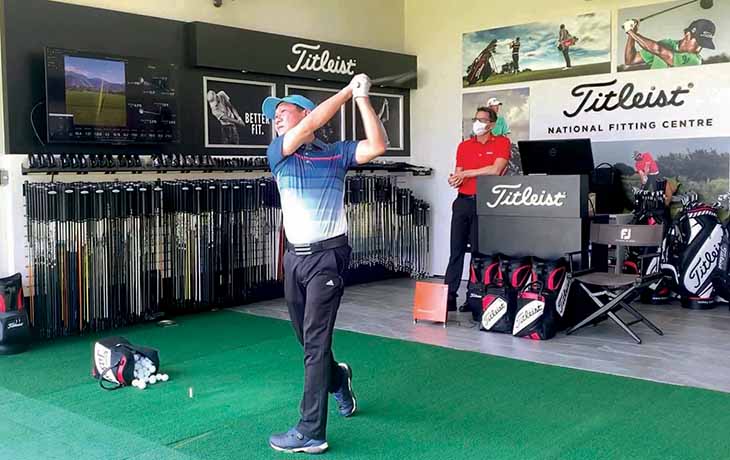 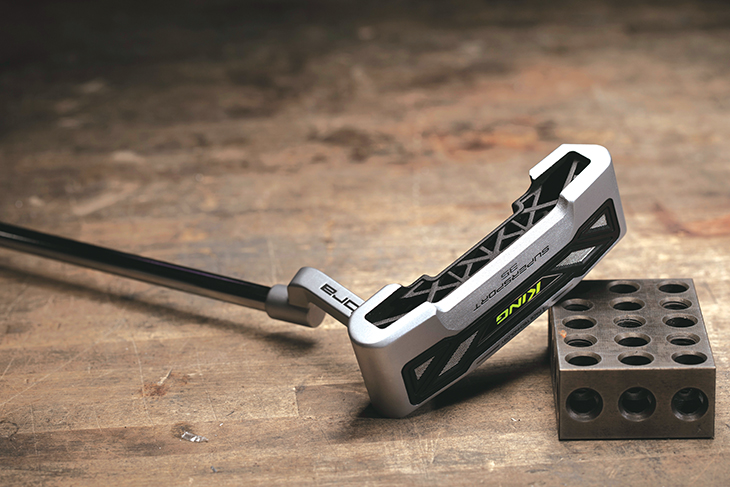 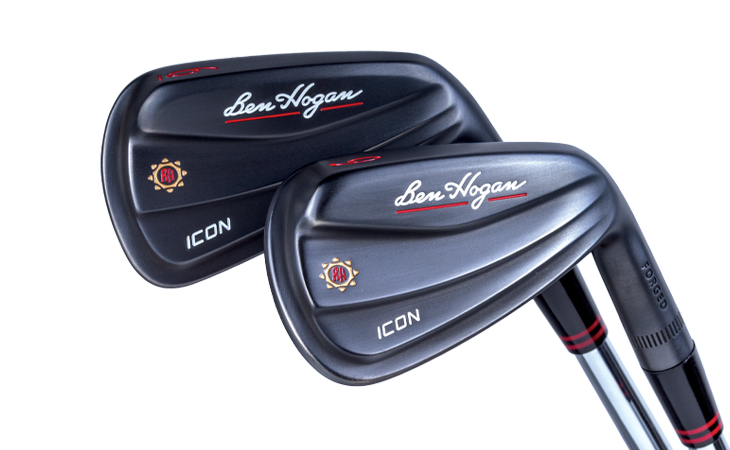